Turkey vowed on Monday to “completely cleanse” Islamic State militants from its border region after a suicide bomber suspected of links to the group killed 54 people, including 22 children, at a Kurdish wedding.

Saturday’s attack in the southeastern city of Gaziantep is the deadliest in Turkey this year. President Tayyip Erdogan said on Sunday it was carried out by a suicide bomber aged between 12 and 14, adding that initial evidence pointed to Islamic State.

But speaking to reporters in Ankara on Monday Prime Minister Binali Yildirim said it was too early to verify the organization responsible or whether the attack was carried out by a child.

A senior security official told Reuters the device used was the same type as those employed in the July 2015 suicide attack in the border town of Suruc and the October 2015 suicide bombing of a rally of pro-Kurdish activists in Ankara.

Both of those attacks were blamed on Islamic State. The group has targeted Kurdish gatherings in an apparent effort to further inflame ethnic tensions strained by a long Kurdish insurgency. The Ankara bombing was the deadliest of its kind in Turkey, killing more than 100 people.

“Daesh should be completely cleansed from our borders and we are ready to do what it takes for that,” Foreign Minister Mevlut Cavusoglu said at a news conference in Ankara, using an Arabic name for the group.

On Monday, Turkey’s military launched howitzer attacks on Islamic State while artillery pounded Kurdish YPG militants in Syria, whom Ankara sees as an extension of its own Kurdish insurgency. An official said the strikes were designed to “open a corridor for an operation”. 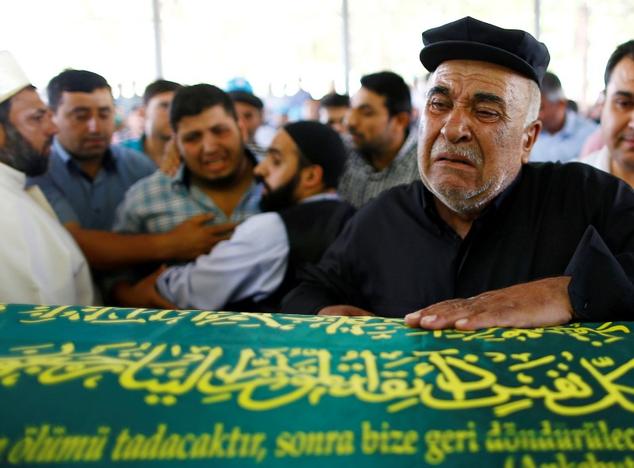