By William Hutton, who has written a weekly column for more than 15 years: six years at the Guardian and nine years at the Observer. He is principal of Hertford College, Oxford, and chair of the Big Innovation Centre.

Liberal Europe is fighting for its life. Across our continent, it is suffering reverse after reverse before the onslaught of violent jihadism, which in turn can provoke Islamophobia. In vain do European liberal leaders – politicians, philosophers, civic officials and even some journalists – counsel against stigmatising an entire religion for each successive crazed killing. The wider population is less willing to hear pleas to hold its nerve. Muslims should be confronted and stigmatised. Let there be a clash of civilisations.

I told a close friend I was planning to write about the several French seaside resorts that have banned the burkini, backed by the prime minister, Manuel Valls, and Germany’s proposed partial ban on wearing the burqa in public places. This comes with the gathering strength of mainstream feeling in both countries that they need to affirm their secular values and identity, not least to close down opportunities for the extreme right. 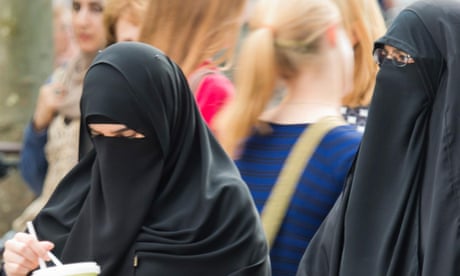 I don’t get it, my friend said, anticipating my argument. Yes, many Muslims share our values. But liberals like you connive in not condemning a religion and culture, dimensions of which are offensive not just to what you believe in, but to any conception of universal human values. Islam – or versions of it – either indulges or actively supports misogyny, homophobia, medieval conceptions of justice, stoning, genital mutilation and oppression of women. Women covering their bodies in public is not even required by the Qur’an. It is rank oppression of women by men. Yet it is left to the populist right to acknowledge these truths. Liberals like you plead for tolerance of the intolerable.