The righteous new religion of the Silicon Valley elite 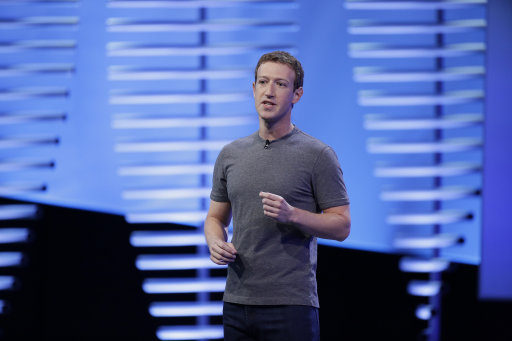 Facebook CEO Mark Zuckerberg during the keynote address at the F8 Facebook Developer Conference Tuesday, April 12, 2016, in San Francisco. Facebook says people who use its Messenger chat service will soon be able to order flowers, request news articles and talk with businesses by sending them direct text messages. At its annual conference for software developers, Zuckerberg said the company is releasing new tools that businesses can use to build “chat bots,” or programs that talk to customers in conversational language. (AP Photo/Eric Risberg)

One of the curious trends of recent years has been the rise of “the radical Rich” – billionaires devoted to progressive social movements, whether it’s same-sex marriage or open borders. A recent example is the effort to punish North Carolina for passing a law saying that anatomically male people who identify as female cannot use women’s toilets.

I try to imagine what my feminist grandmother in the 1920s would have said had she been told that the cutting-edge social cause in a century’s time would be the right of men to use women’s loos. “LOL,” probably.

First the soft drinks manufacturer Pepsi demanded that the state repeal the law. Then Bruce Springsteen cancelled a gig there, followed by Ringo Starr. Various large, sharp-elbowed corporations have since piled in to protest, and Deutsche Bank has cancelled plans to expand its office in the state; this is a company that has a large office in Saudi Arabia, where women aren’t even allowed to drive, let alone choose which loo to use.

Are executives really that heated up about this great toilet injustice, or is it that big businesses love social justice causes which distract from economic injustice and annoying questions about tax avoidance, low wages and predatory practices? This process, known as “pinkwashing”, has become particularly noticeable since our culture became dominated by northern California some 20 years ago. Silicon Valley, the epicentre of 21st-century politics, is painfully right-on when it comes to social issues but chillaxed about ruthless capitalism. Or as the Puritans used to say of the proto-leftist Quakers in colonial America: “They pray for you one day a week and prey on you the other six.”

Take Uber, the app that allows people to hire very cheap taxis, driven by random people in their own cars, at the touch of a button. Since its foundation six years ago Uber has sold itself as promoting women’s rights and racial justice, with adverts carrying catchphrases such as “employing women globally” and “While taxis often refuse people in minority neighbourhoods, Uber is there”. It also “pays” its drivers (in actual fact freelancers) a relative pittance, and in so doing undercuts traditional black cabs.

Similarly, Airbnb, the website through which people rent out their homes, has run campaigns celebrating America’s immigrant history at Ellis Island. Airbnb is to hotels what Uber is to taxi drivers, but it’s especially interesting because, unlike hotels or B&Bs, Airbnb providers are in practice able to ignore discrimination laws; if you don’t like the look of a person, you can refuse their request. To me, its business model seems to be based on the reality that house-swapping works very effectively if people are allowed to follow their own instincts (ie, prejudices). Airbnb admits it faces “significant challenges” with the issue.

Then there is Starbucks, which last year tried to get on the bandwagon by encouraging customers to talk about racism and social injustice with its baristas. The stunt backfired – could anything be more awkward? – and attention soon turned on the company’s own lack of diversity in its higher ranks (always a tricky issue).