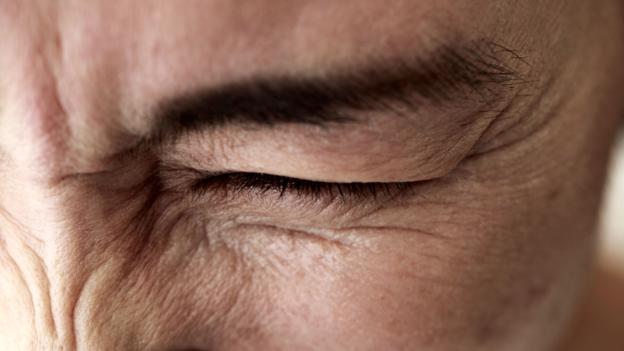 Soon after Suzanne O’Sullivan had left medical school in Dublin, she met a patient named Yvonne, whose mysterious illness appeared to bear little relation to any of her previous studies.

Yvonne, she was told, had been stacking the fridges in a supermarket when a colleague had accidentally sprayed a fine mist of window cleaner in her face. She tried to wash her eyes, left work and went to bed early, hoping they would feel less sore the next day. But when she woke up, her vision was worse – everything was so blurry she struggled to read the time on the clock. Twenty-four hours later, she could not tell night from day.

O’Sullivan’s colleagues assumed Yvonne was faking it, perhaps for some kind of lawsuit. “There’ll be no Oscar for that performance,” one muttered

Except after six months of examinations, doctors could find nothing wrong with Yvonne’s eyes. She was eventually admitted to the neurology unit where O’Sullivan was working. During the observations, Yvonne’s eyes would flicker between her husband and the doctors; as the consultant moved an ophthalmoscope close to her eyes, she blinked. It certainly seemed like her eyes were responding to her surroundings, yet she continued to claim that she was enveloped in an impenetrable darkness.

O’Sullivan’s colleagues assumed she was faking it, perhaps for some kind of lawsuit. “There’ll be no Oscar for that performance,” one muttered after they had left the ward. O’Sullivan herself was unconvinced. “I liked Yvonne. I felt sorry for her. But I did not believe she was blind,” she writes in her new book It’s All in Your Head, recently shortlisted for theWellcome Book Prize.

Now she knows better. At the Royal London Hospital she has become an expert in “psychosomatic” illnesses. She has treated people who are paralysed from the waist down, or who have such severe cramp in their fingers that their hand has become little more than a claw; one woman could not even empty her bladder without a medical catheter. Yet when doctors look, they can find no physiological cause – suggesting the problem originates in the mind, not the body.

In this light, it’s perfectly possible that Yvonne really wasn’t conscious of what she was seeing – somehow, her unconscious mind was discarding the information before she became aware of it.

Keen to know more, I spoke to O’Sullivan about her career and her recent book detailing these remarkable case studies.

Patients often struggle to understand how their real, physical symptoms could originate in the mind (Credit: Getty Images)

Although O’Sullivan had seen patients like Yvonne from the very beginning of her career, the interest intensified once she started specialising in epilepsy. Patients would often come to her suffering from debilitating seizures that left them writhing around on the floor, limbs flailing, helpless, yet when they came in to the hospital for neurological tests, they showed none of the signature brain activity of epilepsy; they were “psychogenic” seizures. “It became obvious no one is talking about these problems that are consistently common, but which are getting no attention in medical journals or medical conferences,” she says. “This is a very neglected area.”

That silence brings stigma, meaning that most patients end up feeling insulted by the diagnosis. “Their first reaction is ‘you think I’m doing it on purpose’ or ‘you think it’s not real’ or ‘I could stop it if wanted’,” O’Sullivan says. “There’s this perception that there is a degree of wilfulness”.

If you find their symptoms hard to believe, consider the many profound ways that your emotions already move your body. O’Sullivan points out that every time we cry, or laugh, or shake with anger, if we feel so sad that it is hard to lift ourselves from our bed, or queasy with nausea after we hear of a friend’s food poisoning, then we are experiencing psychosomatic phenomena first-hand. In fact, up to 30% of people visiting their family doctor or GP (and 50% of women seeing their gynaecologist) are enduring symptoms that cannot be explained with a physical cause – suggesting they may be psychosomatic in origin. The difference is that for most of us those feelings pass and we can return to our normal lives, but for O’Sullivan’s patients they are exaggerated and chronic, lasting months, years, even a lifetime.