President Obama: ‘I Still Believe in a Politics of Hope’ 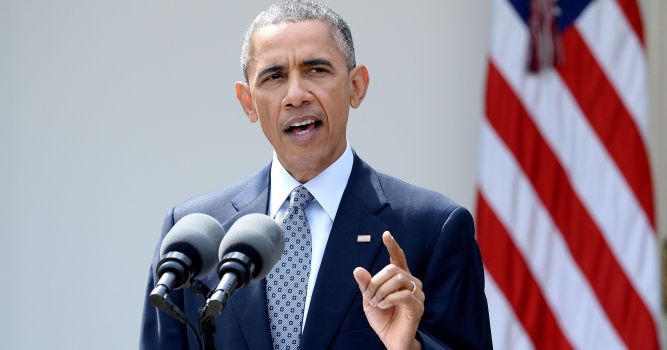 President Obama returned to where it all began to once again call for hope and change in politics. On Wednesday, he stood before the general assembly in his home state of Illinois to lay out his vision for the future, only this time he was talking about the years after he is in the White House.

Obama was a stone’s throw from Springfield’s Old State Capitol, where he stood exactly nine years ago and declared he was jumping into the race for the presidency. At the time, he was a first-term Senator preparing to take on a bevy of veteran politicians with a message of change.

But on Wednesday, he returned as a second-term President — with graying hair and a face wrinkled by the stress of the job — who is again hoping to rally Americans behind him in believing that the country’s politics can and must be better.

During the often nostalgic speech, Obama shunned the notion that the nation’s politics are unfixable and that things aren’t better. But he argued that petty bickering, relaxed rules on political spending, gerrymandering and new rules on voting are problems that need to be addressed.

At the Illinois State Capitol, he spoke longingly of the work he was able to accomplish while working there, despite having distinct differences with his colleagues on the other side of the aisle. They did it, he said, without calling each other names like “idiots” or “fascists” because they’d have to in turn explain why they were “playing poker with idiots and fascists.”

But over the past nine years he’s learned the hard way that similarly bridging the divide in Washington is not an easy task. In his final State of the Union address in January, he noted that things had gotten worse under his tenure, saying that perhaps a “President with the gifts of Lincoln or Roosevelt might have better bridged the divide.”