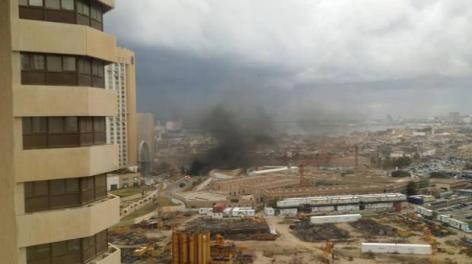 At least nine people including guests were killed in a partial take-over of the Corinthia Hotel Tripoli by a number of terrorists today.

Those killed include French, American, South Korean and Filipino nationals. 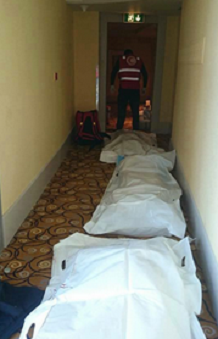 The stand-off of some five hours ended when two assailants set off a grenade that killed them, officials said.

Prime Minister Joseph Muscat in a tweet said the government had been informed that the attack was over. He also said he will report about the attack in Parliament tomorrow, and Opposition leader Simon Busuttil has also been briefed about intelligence available to the government. 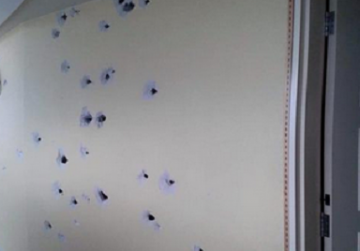 Informed sources said intelligence reports indicated the terrorist action was not an attack intended against Malta or the Corinthia itself…. read more at timesofmalta.com

The attack was also condemned by Malta’s Ahmadiyya Muslim Community, which expressed solidarity with the victims and the Corinthia Group.

“We also pray for the safety and security of all the people there and for the Maltese workers and businessmen and the staff of the Corinthia Hotels. May God be their protector.”

The community said they also hoped and prayed for the peace and security of Libya.

IS CLAIMS RESPONSIBILITY, BUT OTHERS CAST DOUBTS

The tweet purportedly from IS called the attack The Raid of Abu Anas al-Libi, the suspected al Qaeda figure alleged to have helped plan the 1998 bombings of the U.S. embassies in Tanzania and Kenya. He died in hospital this month in New York ahead of his scheduled trial.

The media office of Libya Dawn, the ‘government’ which now controls Tripoli, accused pro-Dignity Operation loyalists of being behind the attack.

In a statement, the EU’s High Representative for Foreign affairs, Federica Mogherini, said the attack at the Corinthia Hotel was another reprehensible act of terrorism which dealt a blow to efforts to bring peace and stability to Libya.

“The EU expresses solidarity with the victims and their families. The EU strongly supports the efforts of the ongoing UN led talks to bring a political solution based on respect and dialogue,” she said.

“Such attacks should not be allowed to undermine the political process.”