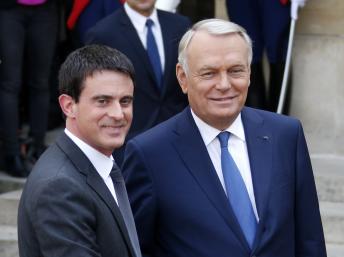 Though Valls and Ayrault are said to despise each other, and many of Ayrault’s staff were furious to learn of their boss’s dismissal on television, the short ceremony at 3 o’clock in the Paris sunshine went smoothly.

Ayrault described the job as difficult but “exalting” and defended his record in office. He labelled the arrival of Valls “a new stage”, wished him “bon courage” ending with “Good luck to France.”