Only 8 species were present in every single participant’s mouth. “No two people were exactly alike. That’s truly a fingerprint.

In recent years, scientists have found out all sorts of remarkable things about a group of creatures that are entirely invisible to the naked eye: the trillions of bacteria that colonize every surface of our bodies.

These organisms—collectively known as the microbiome—deeply affect our health, governing our intake of fat, ourlikelihood of developing allergies and even how often we get bitten by mosquitoes.

New science, though, is indicating that the relationship goes both ways. These microorganisms affect us, but our underlying genetics also control which species of bacteria are able to thrive in and on our bodies.

One of the most striking examples of this was published today in the journal PLOS ONE. In the study, a group of researchers from Ohio State University analyzed the species of bacteria that lived in the mouths—either in saliva, on tooth surfaces or under  gums—of 192 volunteers. 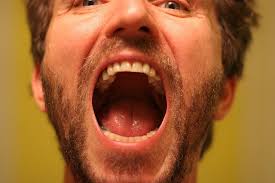