Growing up in Pakistan to become an informed citizen is no easy feat. The country is accompanied by its fair share of ignorance and bias against Israel and the West as exists in the West towards the Middle East and South Asia.

During my first few days of moving to Washington, DC, I sat at a pizza place with an old friend and fellow Pakistani. As we shared a pizza and caught up on our days, a trio of young, white Americans sat doing the same. They looked like college students or recent graduates, like my friend and I. The pizza place was small, with just a few tables and therefore conversations were difficult to keep private. One of the trio, a particularly loud and boisterous kind of guy, decided to venture into the topic of the Middle East.

“The Middle East, I mean, It’s just messed up,” he said, as his friends nodded along in agreement. “It has to be something to do with the religion,” he continued, to which the others cringed a little and reserved comment.

….Pakistan’s general incompetence to solve its problems doesn’t have as much to do with Western meddling as it does to do with our complete sense of denial and failure to educate ourselves on the facts. 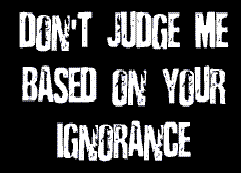