TEHRAN, Iran — Buddha statues have joined Barbie dolls and characters from “The Simpsons” TV cartoon as banned items in the conservative Muslim nation.

Authorities are confiscating Buddha statues from shops in the Iranian capital, Tehran, to stop the promotion of Buddhism in the country, according to a report Sunday in the independent Arman daily.

Iran has long fought against items, such as Barbie toys, to defuse Western influence, but this appears to be the first time that Iranian authorities are showing an opposition to symbols from the East. 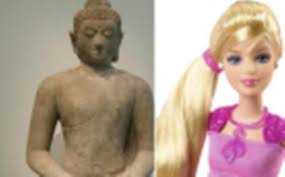