Why (and How) Should Muslim Americans ‘Celebrate’ Christmas? 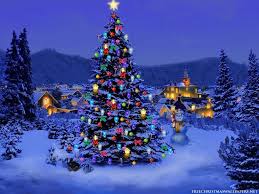 Every December, Muslim youth, parents and converts in the Western countries face a familiar dilemma: Why (or how) should they “celebrate” Christmas?

On this issue, Muslim scholars are divided. Integrators like the British Cabinet Minister, Baroness Warsi admonish immigrant Muslims to “celebrate Christmas in traditional style, with carols, Santa … and Nativity plays.” Instigators like the Indian televangelist Zakir Naik caution British youth against saying “Merry Christmas” as it would be haram (religiously forbidden) and be like “building your place in hell.” Innovators like the Egyptian scholar Ahmad Deedat shrug off the controversy altogether. “Since we believe in Jesus and if we knew his date of birth” — the only sticking point for him — “why would we not commemorate the birth of Christ?”

Now if my head is spinning, imagine the dizziness of a Muslim convert whose family might still be decorating a Christmas tree.

For Muslim Americans, craving for pragmatic solutions, such theological gridlock is frustrating. Does it provide for a juicy discussion? Absolutely. But nothing fruitful comes out of these discussions.

So let me share the practices of five devout Muslims and true blue Americans — known to me — who join the holiday spirit with their communities in positive ways.

One: A hijab wearing Muslim women told me how she gave $20 gift cards to her garbage collectors before Christmas, thinking about the prophets who used to embrace the “untouchables” in the communities.

Two: Three years ago, a young Muslim youth leader urged me to support him in adopting Christian families. He collaborated with Muslims communities and local churches and ended up adopting nearly 150 families over two Christmas seasons.