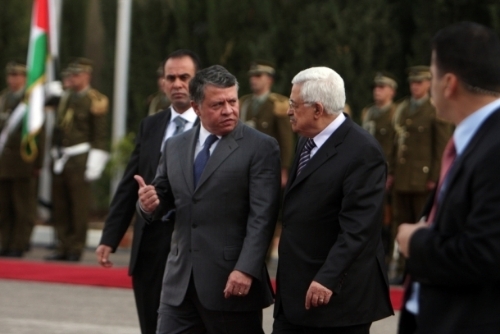 On Thursday 13th December, Palestinian Authority (PA) President Mahmoud Abbas informed several leaders in the Palestine Liberation Organisation (PLO) to be prepared for a new confederation project with Jordan and other parties in the international community.

The same newspaper has been informed that Abbas held a closed meeting last Sunday with seven Palestinian leaders in the PLO and the PA.

In this meeting, the Palestinian President Abbas asked the leaders to prepare themselves to a phase which guaranties the signing a confederation agreement with Jordan.

An official source said that the confederation project is to be established soon and preparations for this project must be done to serve the higher Palestinian national interest.

Abbas said that he has information and details about the confederation project and he will run consultations with the Palestinian leaders later. He also said that this project is a top subject in the agenda of the Central Council meeting which will take place Saturday evening 15th December.