Despite the heights Dr Salam achieved and the services to his country, his motherland did not celebrate him as a hero and his name remains unknown to a large section of the public

November 21 is the death anniversary of one of Pakistan’s ablest sons, Dr Abdus Salam. It is a matter of shame though that the nation needs to be reminded of his services.
On October 15, 1979, The Royal Swedish Academy of Sciences announced the world’s highest award in Physics to three scientists “for their contributions to the theory of the unified weak and electromagnetic interaction between elementary particles.” One of these was the son of Pakistan, Dr Abdus Salam. 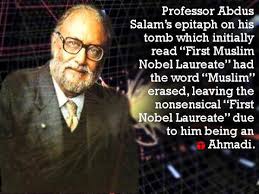