Abraham’s Tent: The Story of How Peace Grew From Camp

Adults can’t seem to figure out the peace thing, but how about Israeli and Canadian kids—with Muslim, Jewish, Christian and Hindu backgrounds—who spent two weeks with each other at camp? It’s reality TV in its truest sense, and the result is inspiring. Our Kids talks to Pedro Guevara-Mann, director, writer and producer of the Salt and Light Television 46-minute documentary Abraham’s Tent. 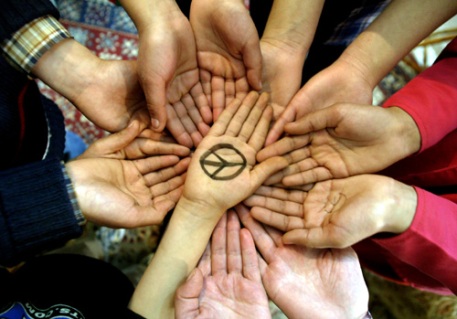 • Q: How did the documentary creators come up with the concept for this film?

• A: The program is Kids4Peace (www.kids4peace.ca) and the camp took place at YMCA Cedar Glen camp, just north of Bolton, Ont. We had 12 kids participating from the Galilee in Israel: four Jews, four Christians and four Muslims; and we had 12 kids from Canada (all in the GTA), from Oakville, Mississauga, Thornhill, Toronto and Newmarket—also Christians, Muslims and Jews, and one Hindu.