The worldwide Head and Khalifa of the Ahmadiyya Muslim Jamaat, Hadhrat Mirza Masroor Ahmad, has today condemned comments recently attributed to Saudi Arabia’s Grand Mufti, Sheikh Abdul Aziz bin Abdullah, in which he declared that it was necessary to destroy all Churches in Saudi Arabia and surrounding Arab countries. 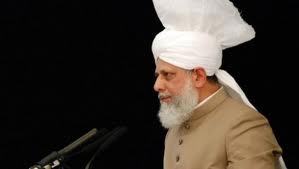 “I was shocked and very saddened to learn that Saudi Arabia’s Grand Mufti has called for all Churches in the region to be destroyed. What he has said is completely against the teachings of Islam and must be condemned absolutely.

The Holy Qur’an has clearly said that there should be no compulsion in matters of religion. This means that every person should be free to practice his or her religion and have the right to worship. Based on these unequivocal teachings, how could a so-called authority on Islam ever advocate that even one church, let alone all churches, be destroyed?

We find that the Holy Prophet Muhammad spent his entire life preaching peace, tolerance and justice. Thus there can be no other conclusion than to say that what the Grand Mufti has said is completely wrong and displays a complete lack of understanding of Islam on his part.

We, the Ahmadiyya Muslim Jamaat, follow the true teachings of the Holy Prophet Muhammad and thus we desire and indeed constantly strive for a world filled with peace and freedom of worship for all people.

In 2010, a very famous American newspaper sought my opinion on whether the proposed Ground Zero Mosque in New York ought to be built. In response, I said that if permission were granted, then the Ahmadiyya Muslim Jamaat would want a Church, a Synagogue, a Temple and the places of worship of all other religions to be built alongside it, because that would show true unity in society, and my answer was based on the actual and real teachings of Islam.”