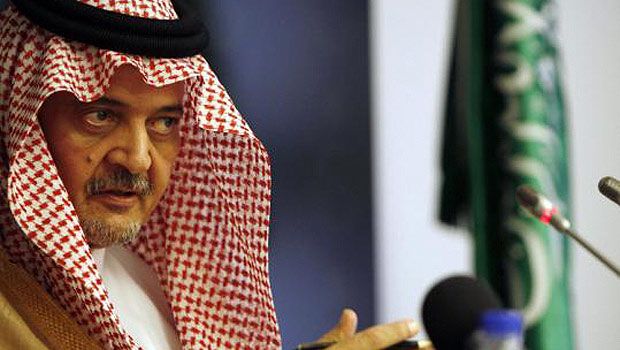 JEDDAH: Saudi Arabia has urged the United Nations to accept the Palestinians’ request for full membership in the international body and recognize it as an independent state. It also called for restricting the veto power of permanent Security Council members to help it play an effective role in reinforcing world peace and stability.

“As a result of the continued Israeli intransigence and disruption of the peace process, the Kingdom of Saudi Arabia calls upon all member states of the UN to recognize the State of Palestine on the borders of June 4, 1967 with East Jerusalem as its capital; and to grant it full membership of the United Nations,” Foreign Minister Prince Saud Al-Faisal said Monday.

The UN Security Council is meeting on Wednesday to hand the issue to a committee that will review and assess the Palestinian application.

The prince’s comments come after the US pledged to veto the Palestinian bid for full UN membership.

In a written statement distributed among delegates attending the UN General Assembly sessions in New York, a copy of which was obtained by Arab News, Prince Saud also touched on the Kingdom’s views on UN reforms.

“One of the important reforms should be restricting the use of the veto power through a commitment from permanent members not to use it toward actions that are intended for the implementation of already adopted resolutions of the Security Council,” he said.

“We are of the view that real reform requires giving the General Assembly a key role in maintaining international peace and security. Moreover, my country believed and still believes that the ultimate goal for any restructuring of the Security Council should be strengthening its capabilities in order to effectively play its role in accordance with the UN Charter,” he said.