Terrorism in the media: More than just code of ethics

Terrorists are also celebrities. The media popularizes them. Through TV we witness how the “hunted” and the “hunter” often sit side by side in talk shows.

This fact reminds us of Erving Goffman’s book The Presentation of Self in Everyday Life, in which he says life is a sort of theater. Goffman uses the dramaturgical metaphor
of the stage and details how this could be achieved in social life on a daily basis. 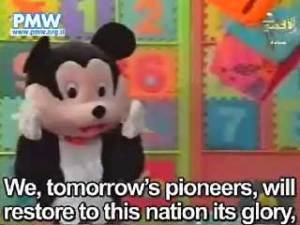 Goffman’s basic thesis hinges on the assumption that everybody in his social circle tries to oppose a certain figure within him and plays it like an actor, because he knows he is being watched.

Does Goffman’s thesis apply to this terrorism phenomenon? Broadcasts on terrorism now pervade our family rooms through different packages of TV programs. Terrorists we once knew only from traces of their violence, become so close, like characters in a TV drama.

We even no longer feel scared of their appearances and sometimes accept their reasons for acts of cruelty. This is the risk of giving the floor to perpetrators of violence to explain their acts.

Why do the media give the impression of ambivalence and apply double standards in reporting on terrorism?

How should we “read” the indirect mutual symbiosis between terrorists and the media? What should we criticize in reading the media culture, especially television? Read more