Was killing bin Laden a mistake?

“He lived a hero, he died a martyr… if they killed one Osama, a thousand others will be born,” says a comment on a Facebook group called ‘We are all Osama bin Laden’. The group was formed one hour after US President Barack Obama’s announcement of the al-Qaeda leader’s death. That Facebook group already has around 30,000 ‘likes’. Moreover, there are more than 50 similar groups on Facebook. 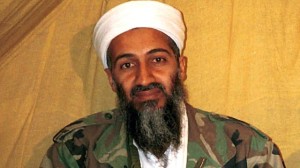 Reaction to bin Laden’s death on Al Jazeera and other Arabic news outlets has been mixed. Some view the man considered a mass murderer in the West as an icon, and his death and burial at sea at the hands of American forces will not undermine that perception in the eyes of his sympathisers. Indeed, Egypt’s former Mufti, Sheikh Nasr Farid Wasil, has already declared bin Laden a martyr, “because he was killed at the hands of the enemy.” (Sheikh Wasil, it should be made known, has no links or known sympathies for al-Qaeda and he represents a very different Islamic school of thought.)