What does Turkey’s natural gas discovery mean for its foreign policy? 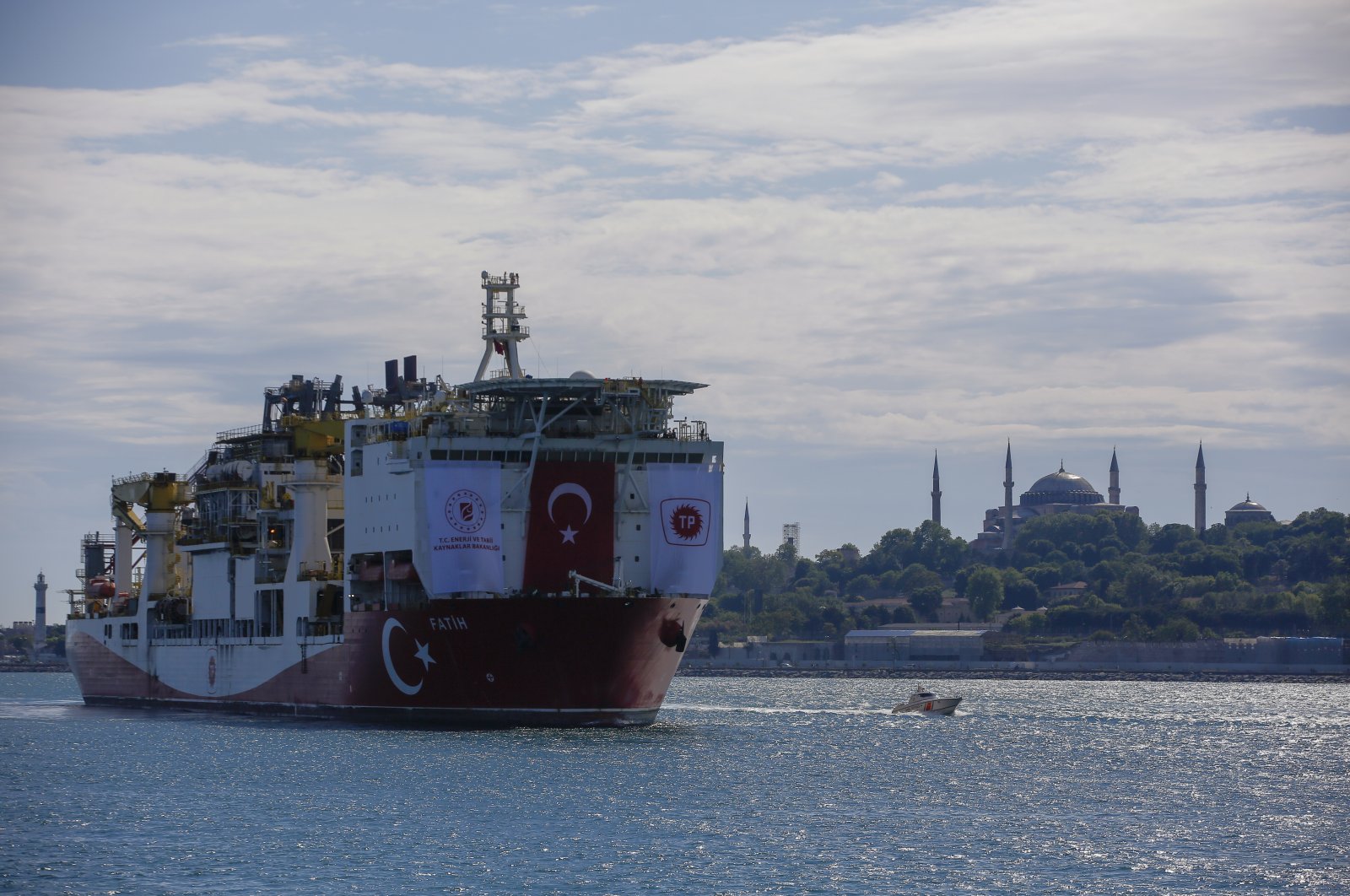 Turkey’s drillship, Fatih, crosses the Bosporus as it heads toward the Black Sea with the Hagia Sophia Grand Mosque in the background, Istanbul, May. 29, 2020. (AP Photo)

Let’s begin with another personal story.

I witnessed Turkey in the 1980s as a child and the 1990s as a teenager. There were no private television channels in the country until 1990. With the rise of private broadcasters, a new phenomenon spread like wildfire: talk shows, which brought together journalists and (sometimes self-proclaimed) experts to facilitate a discussion on pressing issues. Participants would make statements, academic and sensational alike, and engage in the occasional conspiracy theory. Back then, people would watch those shows until the wee hours.

One of the most popular subjects in those shows was Turkey’s search for petroleum, natural gas and strategically important minerals, like boron. Conventional wisdom dictated, and TV commentators concurred, that Turkey indeed had petroleum and natural gas reserves, but “the powers that be” did not permit their extraction.

That debate continued for long years in Turkey, given that ordinary citizens consume oil and natural gas every day – imports that came with a steep price tag. That is, obviously, still the case: Turkey remains dependent on foreign energy, which accounts for 75% of the nation’s consumption. Spending approximately $50 billion (TL 366.65 billion) on foreign energy per year, Turkey buys one-third of its natural gas from Russia, one-fifth from Azerbaijan, 17% from Iran and 12% from Algeria. The country’s decision to diversify its energy supply was purely political: Upon detecting that Russia and Iran both intended to weaponize energy exports, Turkey has been looking into alternative sources.

In the 1990s, the single greatest challenge the Turkish government faced was stability – or lack thereof. Under Turkey’s parliamentary system, coalition governments, quickly formed, tended to dissolve at equal speed. That instability affected the nation’s energy policy as well, resulting in Turkey’s failure to search and extract hydrocarbons like petroleum and natural gas. Although there were some half-hearted exploration attempts in the Anatolian heartland, the Turks did not look at the seabed.

Over the following decade, though, Ankara did devise a new strategy. It prioritized exploration efforts at sea, working with global companies in the Mediterranean Sea and the Black Sea, before purchasing and operating its own exploration and drillships.

Against the backdrop of regional tensions, which turned all eyes to the Mediterranean, Turkey, for the first time since the 1930s, discovered a sizeable natural gas reserve in the Black Sea. At a press conference Friday, President Recep Tayyip Erdoğan said the reserve amounted to 320 billion cubic meters. He added that there were additional layers below the discovered reserve, stressing that there could be more natural gas in the same spot.

Although Turkey’s latest discovery is exciting news indeed, the country has no intention of settling for enough gas to meet its own demand. Instead, the Turks want to become a prominent player in the global energy markets. Hence the significance of Turkey’s discovery in the Black Sea. Let us recall that Ankara discovered the reserve with its own ships and personnel. As such, what happened last week is just the beginning. Turkey intends to join the list of natural gas exporters and continues its drilling activities within that framework.

How will the discovery of natural gas impact Turkey’s foreign policy? Treasury and Finance Minister Berat Albayrak, who made valuable contributions to the government’s energy policy during his term as the energy minister, notably commented that Turkey was taking a new path, putting itself, rather than the West or the East, at the center. There is no doubt that Turkey could play a much more prominent role in the international arena if it successfully liberates itself from the heavy burden of energy imports and thus strengthens its economy.