BY DAILY SABAH WITH AA 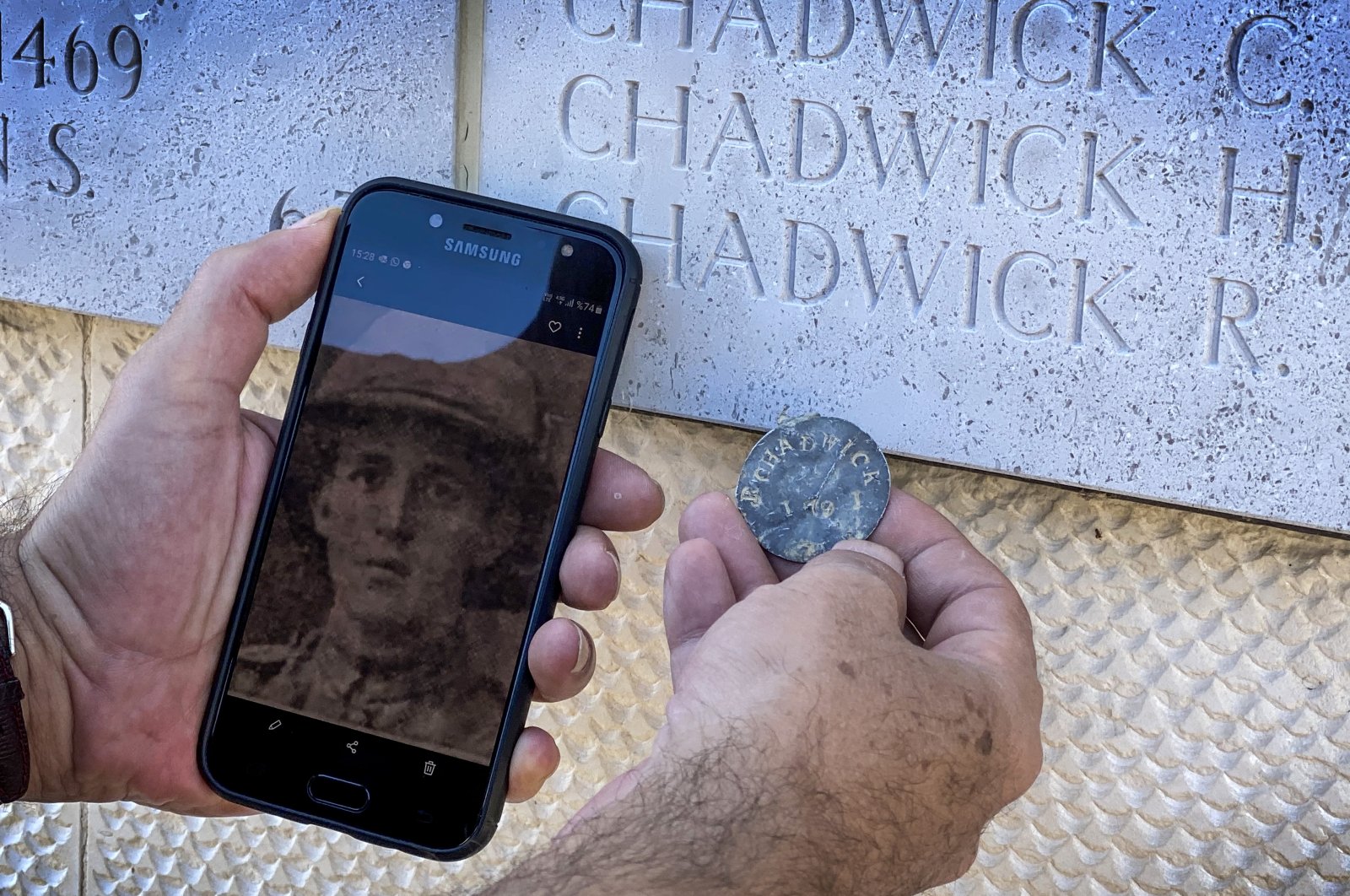 Seyit Ahmet Sılay shows the dog tag and photo of British soldier Robert Chadwick in front of a monument with the name of the soldier inscribed on it, in Çanakkale, western Turkey, Aug. 24, 2020. (AA Photo)

Robert Chadwick was only 23 years old when he was killed at the Battle of Gallipoli, a bitter World War I campaign that saw Ottoman forces emerge victorious over troops from the British Empire 105 years ago.

Seyit Ahmet Sılay discovered the young soldier’s dog tag at the site of the battle, inspiring him to try to trace his family and return the artifact.

An avid collector of all things related to the Gallipoli campaign, Sılay was shown the tag by a local in Alçıtepe – a fierce flashpoint in the conflict.

Sılay immediately launched a study on the name “R. Chadwick” and found out it was Robert Chadwick, whose name is inscribed on a monument dedicated to fallen British soldiers in the province of Çanakkale, where Gallipoli (known in “Gelibolu” in Turkish) is located.

Sılay’s research revealed that Chadwick had died in the battle while fighting for the Lancashire Fusiliers Regiment of the British Army from wounds inflicted on May 31, 1915.

“After finding the tag, I was hoping this soldier had not been killed and returned home safely,” Sılay lamented.

As part of his research, which also tapped into the British archives, Sılay discovered Chadwick had worked for a company called Salford Corporation Transport, a railroad company, before volunteering for the army.

“Surely, he had dreams and a family awaiting him back at home,” Sılay said.

Sılay is now trying to reach the descendants of Chadwick and plans to give them the tag.