The statesman John Hume and lessons over the Middle East

Hume was fascinated by the Middle East conflict and we would often speak of it, writes Robert Fisk

John Hume provided quite a lesson for the Middle East. If you want justice for your people, it must be fought from the inside, consistently – against all the odds – and whatever the cost. You need to tell the world of your struggle – but don’t let the world bully you afterwards. His great heroes, Mandela and Gandhi, proved this to be true. That’s why Hume was a statesman rather than a politician, alongside O’Connell and Parnell.

Hume was fascinated by the Middle East conflict and did what he could to encourage Yasser Arafat to acknowledge the state of Israel’s right to exist. Arafat did just that in Strasbourg, but he was giving too much away too quickly. Did Ireland’s only living statesman realise this? I was with him that day and Arafat was to make his statement to a closed meeting from which journalists would be excluded.

Hume batted for Fisk – Hume was a cricket player, by the way – and insisted I accompanied him to the meeting, and there I actually saw Arafat acknowledge that “Palestine” would be partitioned forever. I muttered something about Michael Collins signing his death warrant when he put his name to the Irish Treaty. Hume did not reply. 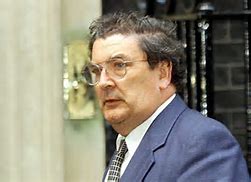