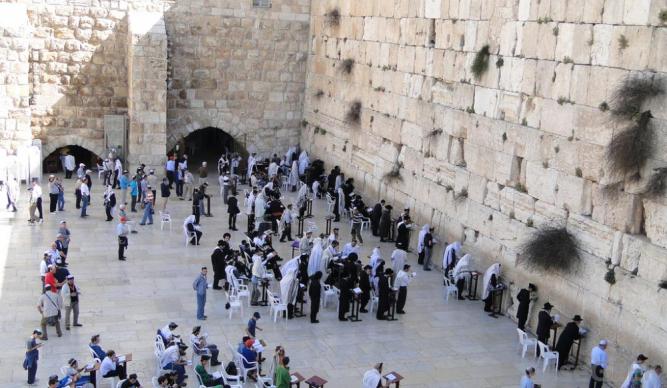 The wailing wall in Jerusalem

This week, Israel held a repeat parliamentary election – with inconclusive results – after incumbent Prime Minister Benjamin Netanyahu was unable to form a governing coalition following an April election. Pew Research Center surveyed Israelis in 2014 and 2015 and found deep religious divisions in society – not only between Israeli Jews and the country’s Arab minority, but also among the religious subgroups that make up Israeli Jewry.
Video: Israel’s religiously divided society