‘It Will Cause a Scandal.’ The Pope and a Trusted U.S. Cardinal Clash Over Sex-Abuse Crisis 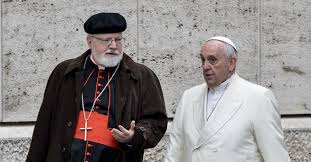 VATICAN CITY—Cardinal Sean O’Malley of Boston, chief adviser to Pope Francis on protecting children from sexual abuse, called a meeting with top papal aides in 2017, concerned the Vatican wasn’t living up to its promise of “zero tolerance.”

An appeals panel set up by the pope had reduced the punishments of a number of Catholic priests found guilty of abusing minors. In some cases, the panel canceled their dismissal from the priesthood and gave them short suspensions instead.