It is only in the remembrance of God that the hearts can find comfort. (Al Quran 13:28/29) 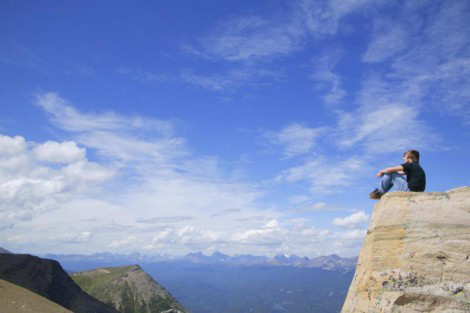 In September of 2004, I received the call that every person dreads: My father had dropped dead of a heart attack at the age of 61. It came at a time when I was already grappling with other issues, including watching my mother fight breast cancer for the preceding six months, a breakup with a boyfriend and a lack of structure in my life as I was freelancing as a consultant while I tried to determine what I wanted to do next with my career.

I was in an emotional free fall, so I visited a psychiatrist. He said the antidepressant my general practitioner prescribed to help with my life-long struggle with anxiety wasn’t what I needed, so he prescribed a new one. This seemed to only make things worse. Within a few days, I found myself thinking the unthinkable: I want to die.

I couldn’t imagine a life without my father and our hours-long conversations about, well, everything. The pain was debilitating, getting out of bed was an Olympian event, and life was utterly devoid of meaning. I stopped eating and shed 15 pounds in a month. I couldn’t see any reason to be alive.

I’ve thought a lot about this period following the suicides of Kate Spade and Anthony Bourdain, two people who by public appearances seemed to be living their best lives. We also learned this week that suicide rates have risen nearly 30% since 1999, making it a national crisis.

I decided to share my story after interviewing John Draper, director of the National Suicide Prevention Lifeline, who happens to be my future brother-in-law. “What people don’t really know is that there is research that shows the media can reduce suicide,” Draper told me. “What creates a contagion effect is when the media focus mostly on the suicide and the way the person killed themselves. If people are more open about talking about coping through suicidal experiences, and the media highlight those stories, the evidence is very clear that this has a very positive effect on getting people through a suicidal crisis.”

The science is in: God is the answer

A Historic Video Debate: Does the Universe have a purpose, why were the Muslims excluded?

Who will help the million likely to commit suicide this year. Islam and psychology: https://t.co/FneEJ8ieAo https://t.co/yv0DktpwUg