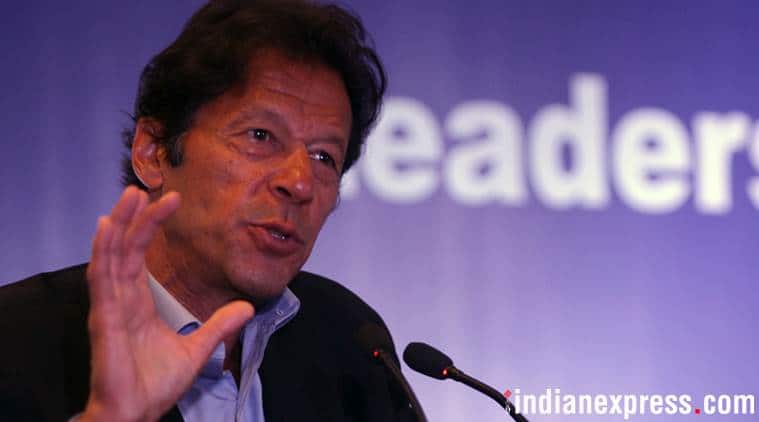 PM Khan asked Dr Mian to leave the EAC, which he did, followed by two “protesters” who thought this act was primitive and unfair. (Express Photo)Last month, Prime Minister Imran Khan got into trouble with the religion he so openly espouses as the country’s leader. He set up an Economic Advisory Council (EAC) to resolve Pakistan’s economic crisis and appointed Atif R Mian of Princeton University Department of Economics, and Woodrow Wilson School of Public Policy as a member. He had earlier announced in a public gathering of his party that he would bring in this brilliant America-based economist.

The reaction was immediate in Pakistan’s vast religious underground that coalesces easily with the trained jihadists who come in handy when you have to get rid of someone. Helplessly, PM Khan asked Dr Mian to leave the EAC, which he did, followed by two “protesters” who thought this act was primitive and unfair. The “liberal” lobby, much maligned and harassed in both India and Pakistan, castigated Khan for his retreat — in English — while the Urdu media thought it was normal to get rid of an Ahmadi.

Ahmadis were declared non-Muslims in the Second Amendment of the Constitution by a “liberal” left-wing leader, Zulfikar Ali Bhutto, commanding a majority in Parliament in 1974. The Penal Code later laid down that the Ahmadis couldn’t call themselves Muslim, or call a mosque a mosque, or be found observing common Islamic rituals in public. But the religious man on the street thought the Ahmadis were apostates, having abandoned Islam, and should be put to death. The hatred simmers near the surface and no Ahmadi is safe walking the streets of Pakistan.

An incident in 2016 highlighted Pakistan’s stunted ideology. An Ahmadi place of worship (don’t say mosque, please) was attacked in the sacred month of Rabiul Awwal, the month Holy Prophet Muhammad was born. The fact that then Prime Minister Nawaz Sharif renamed the Institute of Physics at Islamabad University after Abdus Salam, the Ahmadi Nobel Laureate, had nothing to do with the holy month. The gesture was nevertheless an act of humanity and righting of a wrong that was done to Dr Salam because he was born a Muslim and was forced out of Islam. The Ahmadi Amendment is the biggest hurdle in the observance of human rights in Pakistan.

In 2016, in Chakwal city in Punjab, a thousand-strong mob of Muslims attacked a place of worship — which can’t be called a “mosque” — of the Ahmadis for reasons the Punjab government was not willing to make public. On the Internet, however, Facebook reports said a cleric had arrived from Canada to arouse the Chakwal mob into punishing the “apostate” for being an insult to the Holy Prophet in the month of his birthday. The day after Prime Minister Sharif renamed the Physics Department in Islamabad, a senior journalist wrote a column decrying the timing of this renaming, clearly hinting at “insult”. The media is vulnerable to jihadi and semi-jihadi organisations whose periodic condemnatory statement against the Ahmadi community has to be published for fear of being attacked.

The name of Abdus Salam was removed from the Physics Department just like Imran Khan was to remove Dr Mian from his EAC. Interestingly, Ahmadis are Muslims outside Pakistan where the states accept them as such under oath. Given the radicalisation of the expatriate Pakistani community, this fact is resented by Muslims living abroad. One Ahmadi was murdered in Scotland in 2016 by a fellow Muslim determined to win paradise by an act of crime.

In 2011, pamphlets were distributed in Faisalabad, Punjab, calling on Muslims to kill Ahmadis, displaying names and addresses of 50 prominent Ahmadis who were to be eliminated. The pamphlets were signed by the student wing of the Khatm-e-Nabuwwat Federation, boldly listing their website and phone numbers. No one stopped the hate campaign: Finally, six Ahmadis were shot dead. This was nothing unusual. On average, 25 of them are killed by fanatics every year who think Pakistan has to be purged of Ahmadis.

States in South Asia are not learning from one another. Muslims are under pressure in India, Sri Lanka and Myanmar. This has happened after the hardening of the written and unwritten “ideology” of the South Asian state. In the case of Pakistan the growth of ideology has been palpable through the growth of religious seminaries.

At the time of Independence in 1947, there were only 137 madrassas in Pakistan. According to a 1956 survey, there were 244 madrassas in all of Pakistan (excluding East Pakistan). In Pakistan at present, a reasonable estimate based on multiple empirical and journalistic sources suggests that there are between 20,000 and 25,000 madrassas. Any one student can be persuaded/pressured into becoming a suicide-bomber to kill in the cause of Islam.