“I spoke out because by now the corruption has arrived at the top of the church hierarchy,” Vigano 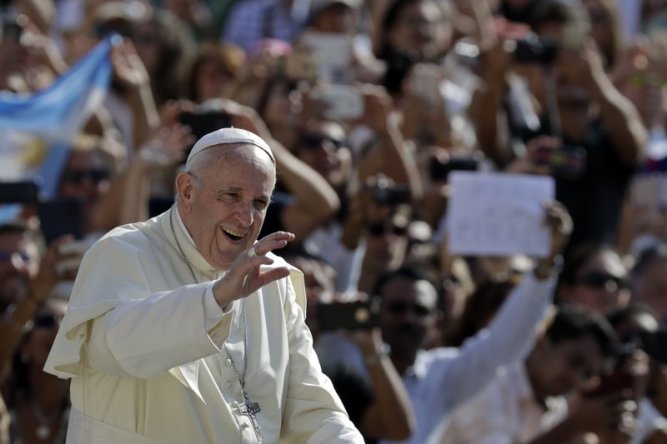 Pope Francis.  The Muslim Times has the best collection of articles for rational understanding of religion in the 21st century and Christianity

VATICAN CITY (AP) — The author of the bombshell accusation of sex abuse cover-up against Pope Francis denied Wednesday he acted out of revenge or anger, breaking his silence as his claims continued to divide a Catholic Church already polarized under Francis’ reformist agenda.

While the Vatican is no stranger to scandal, leaks or plots, Archbishop Carlo Maria Vigano’s j’accuse has weakened a papacy already under fire for Francis’ poor record on dealing with sex abuse cases, and has intensified a long-simmering ideological battle between right and left for the soul of the Catholic Church.

Vigano told an Italian journalist he was “serene and at peace” after publishing his allegation-laden declaration, albeit saddened by subsequent attempts to undermine his credibility.

“I spoke out because by now the corruption has arrived at the top of the church hierarchy,” Vigano was quoted as saying.