BBC looks beyond the west to retell the story of civilisation

Guardian: The meeting had already eaten up the morning when Michael Jackson, executive producer of the BBC’s new art epic, Civilisations, challenged me to explain why Michelangelo needed to be in a world history of art for a 21st-century audience.

I gave, I thought, a passionate explanation: that Michelangelo invented the very idea of the artist as an imaginative genius, that without him, not to mention the European Renaissance that he epitomised, we wouldn’t see artists as heroes or even be interested in art itself as a special, magical thing but would just see it as a bunch of luxury craft objects or religious decor.

It was a thrilling day. Around the table were some of the most powerful people in British television. In the middle were Julian Bell and me, the two art consultants who had been brought in to advise on how on earth to tell the story of art on earth. 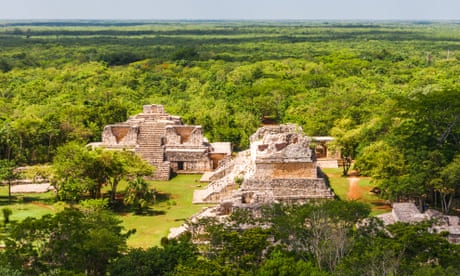 We thrashed out a rough map of art, the universe, and everything. Then at the end of this rollercoaster trip through time Jackson asked me once more to justify Michelangelo’s inclusion.

In the completed nine-part series that starts next week, Michelangelo does, I’m happy to say, get his due in a startling, fresh, visionary way. A gorgeous bit of high-definition camera work takes us under a sublime dome – but this is not St Peter’s. This is the Süleymaniye Mosque, that Michelangelo’s rival Mimar Sinan built in Istanbul when the Italian genius was creating wonders in Rome – as Simon Schama tells us in one of the highlights of the series. Schama’s eye-opening global view of the Renaissance starts with a dazzle of domes, east and west, and goes on to reveal with great intellectual authority and rhapsodic beauty how Christendom and Islam interacted in an age of brilliance for both.