Ahmadiyya Jalsa Salana epitomizes everything demanded of Muslims in America

The Ahmadiyya Muslim Community USA organizes the Jalsa Salana, inviting people of all faiths and no faith to build bridges of understanding, sisterhood and brotherhood, and promote human rights. 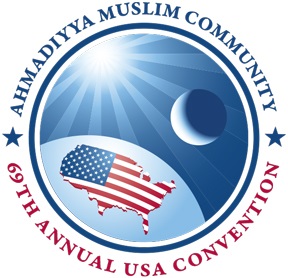 The Jalsa Salana epitomizes everything demanded of Muslims in America. It demonstrates interfaith harmony, service to humanity, gender equality, a condemnation of terrorism, and loyalty to the United States.

Yet, after nearly seven decades of this national peace conference, collectively attended by hundreds of thousands of Americans who are Muslim, procuring national media coverage has transformed into an exercise in futility. Think about it. When was the last time you heard national cable news cover this conference? Never? Pretty close.

This is one reason I call our public discourse on Islam “Schrödinger’s outrage.”

Critics constantly demand American Muslims renounce terrorism and integrate to America, while simultaneously ignoring American Muslims who have done exactly that for the better part of a century.The fact is that Muslims never needed to “integrate” with America because Muslims in America predate the existence of the United States. Historians estimate that up to 30 percent of Africans kidnapped, enslaved, and human trafficked to what is now America—were Muslim.