ISNA Islamic Services of Canada was stripped of its charitable status

Federal regulators have revoked the charity status of a Canadian Islamic organization after an audit uncovered problems including tax receipts that were issued for donations to a Pakistani group linked to armed militancy.

ISNA Islamic Services of Canada was stripped of its charitable status for “non-compliance,” according to records obtained by Global News. Authorities also revoked a related charity, the Canadian Islamic Trust Foundation.

Both are former affiliates of the Islamic Society of North America-Canada(ISNA-Canada), and shared its Mississauga, Ont. address. Politicians of all stripes have attended ISNA-Canada events, notably Justin Trudeau in 2013 and, in April, Public Safety Minister Ralph Goodale. 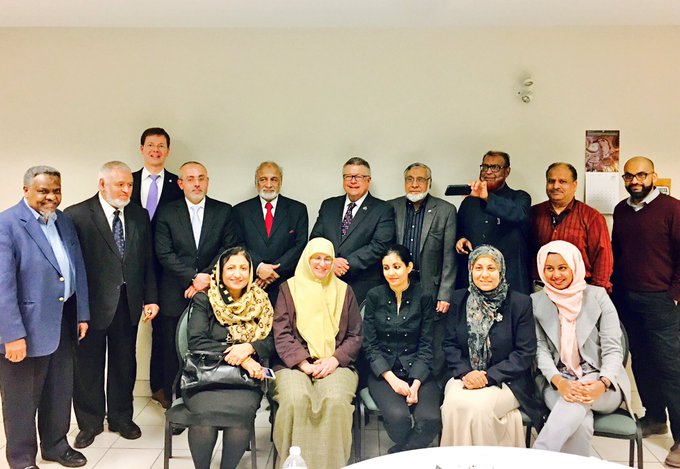 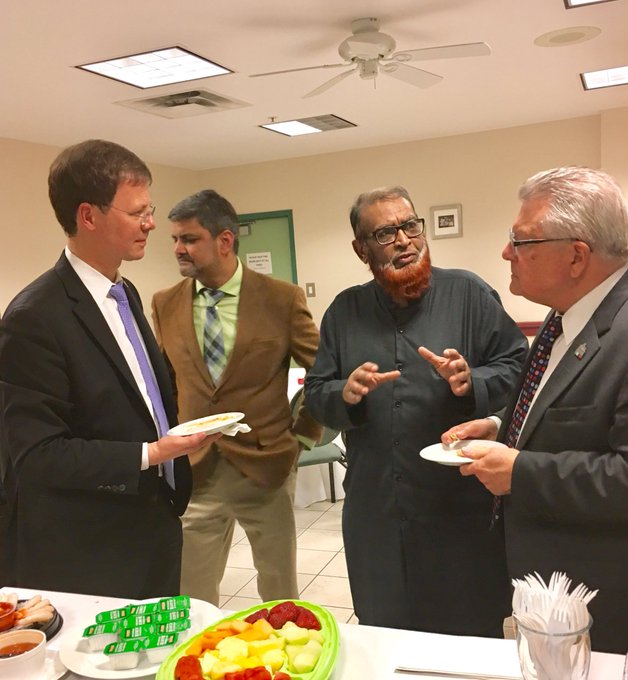 An image from a Facebook post by ISNA-Canada on Justin Trudeau’s 2013 visit to the organization, when he was Liberal leader.

The Canada Revenue Agency took action four years after the ISNA Development Foundation lost its charity status over fundraising for a Pakistani relief group linked to militancy in the disputed Kashmir region.

Among the findings that led to the latest two revocations was that ISNA Islamic Services tax receipts had been issued for collections by a Toronto mosque for the “charitable arm” of a Pakistani group whose armed wing was fighting Indian forces.

The money, raised by the Toronto-based Jami Mosque, was passed to the ISNA Development Foundation “for remit” to the Relief Organization of Kashmiri Muslims (ROKM), the CRA Charities Directorate alleged in the newly-released records.

“Our research indicates that ROKM is the charitable arm of Jamaat-e-Islami, a political organization that actively contests the legitimacy of India’s governance over the state of Jammu and Kashmir, including reportedly through the activities of its armed wing Hizbul Mujahideen,” the CRA wrote.

Outlining the audit findings in a letter to ISNA Islamic Services, federal officials said Hizbul Mujahideen had been listed as a terrorist organization by the Council of the European Union and the government of India.

The leader of Hizbul Mujahideen, Syed Salahuddin, was placed on the U.S. State Department’s list of designated terrorists on June 26. He had threatened to train suicide bombers and turn Kashmir “into a graveyard for Indian forces,” the listing said.

“As the federal regulator of charities, the CRA contributes to the government’s efforts to combat terrorist financing by protecting the charity registration system in Canada from abuse,” said Zoltan Csepregi, a CRA spokesman.

Csepregi said the CRA regularly exercises its authority to notify CSIS, the RCMP, and the Financial Transactions and Reports Analysis Centre of Canada when there are concerns that an organization is providing support to terrorism. However, he declined to comment on specifics for confidentiality reasons.

On its website, ISNA-Canada describes its mission as “building an Islamic way of life in North America.” It performs marriages and funerals, aids Syrian refugees and held a seminar on radicalization. It remains a registered charity with reported revenues of more than $3-million in 2015.

Audits of ISNA-Canada and its former affiliates began in 2011, said Syed Imtiaz Ahmad, the ISNA-Canada president and chair of ISNA Islamic Services. He said the audits were ordered after irregularities were brought to the CRA’s attention. Four charities were audited because the CRA suspected they were “in a sense indistinguishable,” he said.

The audits covered the years 2007 to 2009. But it wasn’t until June 2014 that the CRA informed the charities they risked losing their registration. ISNA Islamic Trust was also told it could face a $425,000 penalty.

It’s unclear why the CRA waited three more years before following through with the revocations of ISNA Islamic Services and the Canadian Islamic Trust, which came into effect on May 13. But in letters dated March 30, the CRA said that after reviewing the charities’ written responses to the audits, the government’s concerns had “not been alleviated.”

According to the records, ISNA Islamic Services had failed to keep proper donation records and had funded two separate organizations, the Islamic Centre of Toronto, known as the Jami mosque, and the Islamic Book Service, without exercising control over either group.