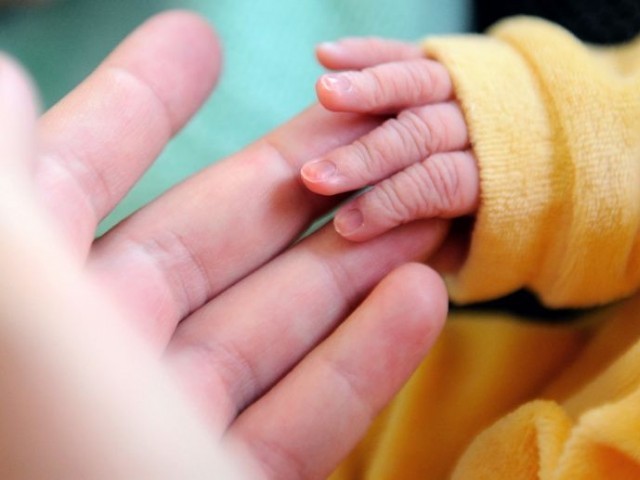 A Canadian parent, who identifies as a “non-binary trans person” and prefers to use the pronoun ‘they’, is fighting for ‘non-gender’ birth certificate and legal documents to be issued for their eight-month-old baby.

On the request of the baby’s parent, Kori Doty, the eight-month-old has been issued a health card that does not specify the child’s sex, in what could be a world first. The baby, named Searyl Atli, has been issued with a British Columbia health card with a ‘U’ in the space where a child’s sex is normally specified.  It is believed ‘U’ could stand for unspecified or undetermined.

“I’m raising Searyl in such a way that until they have the sense of self and command of vocabulary to tell me who they are, I’m recognising them as a baby and trying to give them all the love and support to be the most whole person that they can be outside of the restrictions that come with the boy box and the girl box,” Doty told CBC news.

A member of the Gender-Free ID Coalition, Doty is one of the complainants in a case pending at B C Human Rights Tribunal for wanting to change their own certificates. Doty believes a genital inspection at birth cannot accurately determine which gender the child will identify with when they grow older. Emphasising that confining children to a gender at birth through legal documents exerts additional stress when they choose to change their gender later on in life, arguing that “omitting any form of gender identification on government document would reduce that stress.”

“When I was born, doctors looked at my genitals and made assumptions about who I would be, and those assignments followed me and followed my identification throughout my life,” Doty said. “Those assumptions were incorrect, and I ended up having to do a lot of adjustments since then.”

“I want my kid to have all of the space to be the most whole and complete person that they can be,” Doty added.

Their lawyer, barbara findlay [who spells her name in all small letters], said the province only issues birth certificates with either a male or female. While provinces such as Ontario and Alberta are reviewing policies to opt for a third option for gender, Doty has applied for a judicial review to not include any gender in the birth certificate.