Pakistan: man sentenced to death for blasphemy on Facebook

A Pakistani man has been sentenced to death for committing blasphemy on Facebook, the first conviction on charges arising from social media. 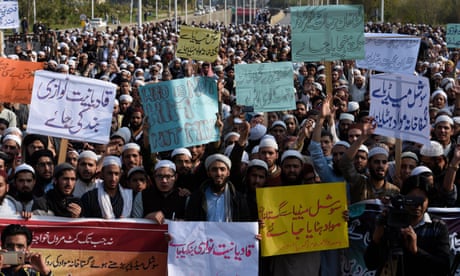 Raza had a Facebook argument about Islam with someone who turned out to be a counter-terrorism department official, defence lawyer Rana Fida Hussain said.

The official brought charges against Raza based on the comments made on the social networking site.