Rio Olympics: Ibtihaj Muhammad set to become the first American to compete in a hijab at the Olympics

There are still a few people out there who claim that Ibtihaj Muhammad is not truly American, which when you consider the facts of the matter is a pretty ambitious argument.

She was born and raised in Maplewood, New Jersey; her father is a retired detective and her mother is a teacher. She was a three-time all-American at Duke University and graduated with a double major in international relations. She has appeared on the Late Show and been name-checked in a speech by President Obama. She is about to compete for Team USA in the Rio Olympics and is sponsored by a company called Dick’s Sporting Goods.

Literally, how much more American do you want her to be?

But then, if Muhammad were just your average American, then you would not be reading about her in your newspaper. She is not the best fencer in the world, or even the best sabre fencer in America. But the woman her friends call “Ibti” will be making history on Monday afternoon whether she wins a medal or not, when she becomes the first ever American Olympian to compete wearing the Muslim hijab. 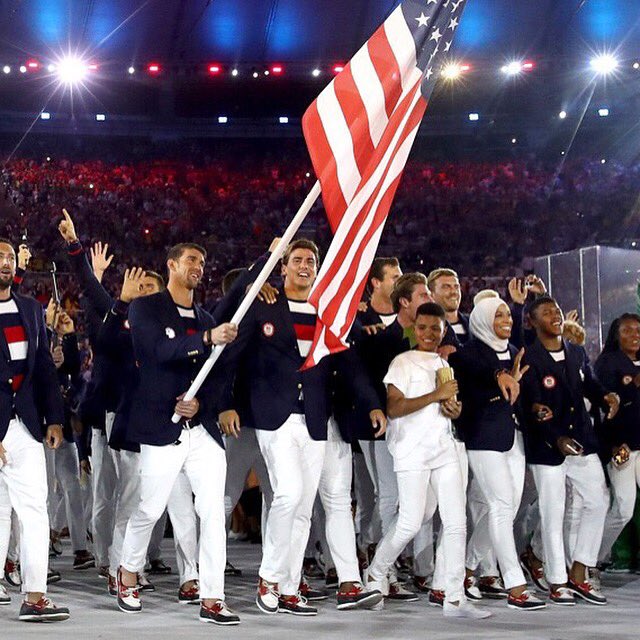 Opening Ceremonies! One of the best days of my life!#TeamUSA

This has made her something of a cause celèbre in the States since she qualified for the Games in February. She was named one of Time’s 100 most influential people of 2016. Late Show host Stephen Colbert challenged her to a sabre duel in the studio, and unsurprisingly lost 5-0. In fact, famous people have been positively queueing up to battle her: she fenced against Michelle Obama as part of the country’s 100-days-to-go celebrations.

So far, so pleasant. But then you go to the Team USA website and read the first comment underneath a story about her qualification, which reads, “What a disgrace, this is disgusting”, and you remember that this is America in 2016, a country where 55 per cent of people admit to having “an unfavourable opinion” of Islam, and where a man who has made one of his flagship policies banning Muslims from entering the country.

Yes, this is the America of Donald Trump now, or at least it is getting that way, and this is what makes Muhammad’s presence such an irritant to the unenlightened.

“We have people in the presidential race who are providing a platform for hate speech and fearmongering,” Muhammad said in a recent interview. “When I hear people here say they want to throw all Muslims back to their country, I think: well, where am I going to go? This is my home. I feel American to my bones.”

Even being an Olympian is no insurance against prejudice. A few days before she crossed swords with the First Lady in Times Square, she was followed down the street by a man shouting that she was going to “blow something up”.

It is a prejudice you occasionally see mirrored in the sporting world. Sporting bodies, most of them still mired in Western culture and values, have been lamentably slow to cater for athletes of strong religious faith. And growing up as a child in New Jersey, Muhammad found her sporting options limited. While her high school team-mates wore Spandex to their volleyball practices, Muhammad would trundle along in tracksuit bottoms.

Even being an Olympian is no insurance against prejudice

When she was 13, her mother Denise was driving past the local high school when she saw fencing practice taking place. Immediately, she realised that the full-body suit and face mask would make it an ideal sport for her competitive, sports-mad daughter.

And so Ibti began fencing. She would take the hour-long train from Maplewood into Manhattan, to be coached by former Olympic bronze medallist Peter Westbrook. But it was not until she went to Duke that she fully committed to the sport. “There were barriers that needed to be broken,” she said. “It’s always been a white sport reserved for people with money.”

This is a reputation that clings to fencing, and not entirely without reason. The cost of equipment and electronic scoring systems makes it prohibitive to most families, while until recently the sport’s moral code appears to have been derived from the Hapsburg era. Sabre, the fastest and most violent of the fencing disciplines, was off-limits to women at the Olympics until 2004.

So Muhammad worked as a fencing coach and a supply teacher to fund her career. She set up an online clothing boutique dedicated to “modest fashion”. On the piste, she initially found things tough going. Most elite fencers begin when they are seven or even younger, and are funnelled through a gilded, Hogwarts-style apparatus of moneyed finishing schools and international junior tournaments.

Muhammad had none of that. She was a relatively late developer – this will be her first Olympics at the age of 30 – and has bridged the gap with the help of a brutal fitness regime and sheer hard work. She will compete in Monday’s individual event and the team competition with double Olympic champion Mariel Zagunis.

The latter offers a very decent chance of a medal, and with it another blow in the fight to reshape crooked perceptions of Muslims, both in America and around the world. Muhammad takes the traditional stereotypes of Muslim women and slashes them to bits. She is vocal, opinionated, competitive, unashamed of her beauty. And now, she is competing in the biggest sporting event on Earth in front of an audience of billions.

Never let anyone tell you the Olympics don’t mean anything. 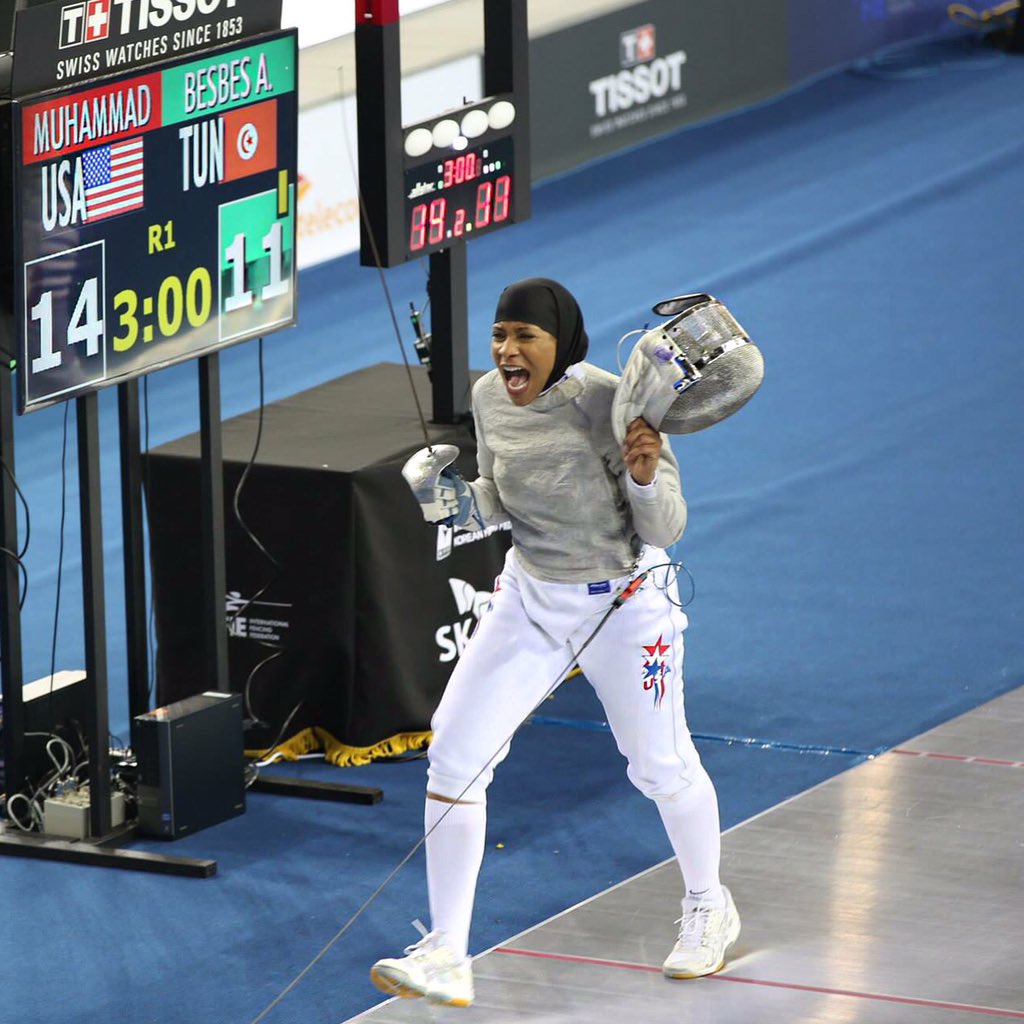