How Britain has been kept safe for a decade 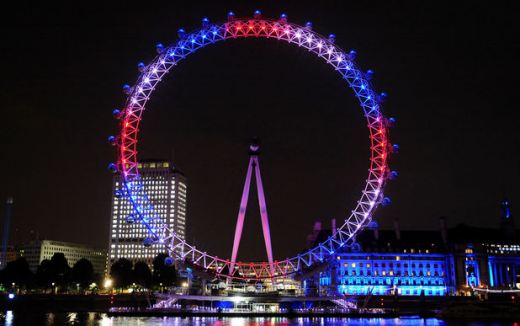 London Eye: One of the famous landmarks of London

Terrorism, like Europe, is an issue that has dominated British politics for decades. I woke up on Friday morning expecting to hear the seismic fallout from Brexit monopolising the headlines yet again. I was shocked when I heard the latest news from Nice – that so many men, women and children had been horrifically mowed down by a terrorist driving a lorry.

I was shocked but not surprised, given that the so-called Islamic State has encouraged such attacks by individuals, who don’t need a bomb or a gun to carry out slaughter on such a scale. Here in the UK the killers of Fusilier Lee Rigby heeded the same call using a knife. The difference is that one of Lee Rigby’s attackers was on MI5’s radar while the Nice lorry driver was not on France’s equivalent – its “S” list of suspects.

Mass casualty attacks, as France, Belgium and the UK know only too well, are the perpetual nightmare that governments fear – a nightmare that becomes all too real when intelligence fails to detect them.

Since the London bombings of a decade ago, Britain has managed to avoid such a mass attack. But statistics show it has been a close-run thing. Forty terrorist plots have been disrupted since 2005 – including seven in the past 18 months.

Reporting on terrorism and political violence as I have done for more than 40 years has few silver linings. “Don’t you ever get depressed?” is a question I’m often asked. The honest answer is “yes” – and Nice only underlines it – however, I still try to make sense of what invariably seems senseless. But there is some good news, although I hate to tempt fate by saying so.