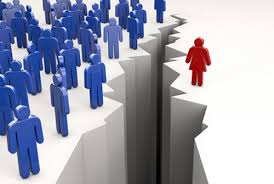 Every few years, there’s a new crop of theories that purport to explain why women aren’t as professionally successful as men. In the ’70s, it was psychologist (and Radcliffe College dean) Matina Horner and the “fear of success,” which held that women stopped themselves from advancing because they were worried they would be viewed as unfeminine. More recently, Sheryl Sandberg took us to task us for not “leaning in,” andKatty Kay and Claire Shipman told us we have a confidence gap.

If these perceived shortcomings of women aren’t worrisome enough, a seemingly endless stream of studies—that seem to always climb to the top of the most-read and most-emailed lists—claims that we also face unconscious bias everywhere. People don’t like women’s voices, don’t think we’re creative and even view women as less competent than men with identical credentials. So even if we’re aiming high and leaning in, we’re apparently still doomed.

What are we to do?

In a world where experts insist that unconscious gender bias is pervasive, of course we should strive to make ourselves and our colleagues aware of these tendencies and take steps to correct them where we can. But until bias goes away (which will take time), you have two choices: You can resign yourself to the fact that bias will be a big obstacle to your success, or you can look more critically at bias and decide that whatever sentiment is out there, you will rise in spite of it.