The truth about Muslims and sex slavery – according to the Quran, rather than Isis or Islamophobes 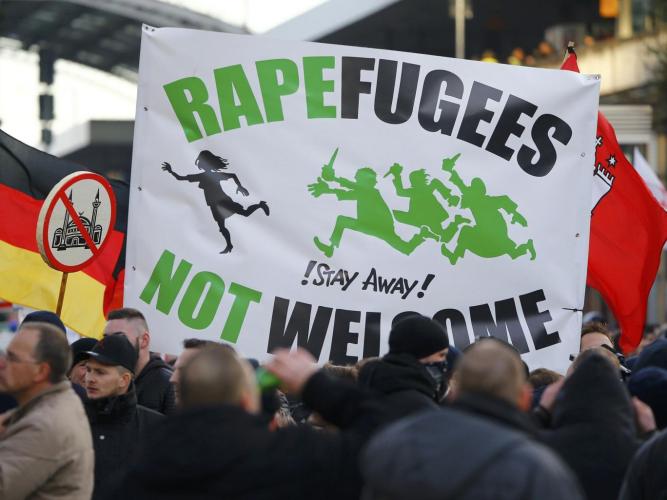 There are references to sex slavery in the Quran – but when you read them in context, the meaning is very different to what right-wing fundamentalists – and Islamists – would have you believe

Like many myths about Islam, the Quran and Muslims, I’ve always heard the worst from Islamophobic extremists and Islamist extremists alike. They tend to share pretty much the same language, online content and perpetuate the same awful narratives about Muslims and their supposed religious practices.

As time wears on I’m starting to see these similarities are unavoidable – particularly online where it is rife. For example, this video of a female Muslim ‘scholar’ saying that men can have sex with female prisoners of war to ‘humiliate’ them has been shared widely on right-wing news sites and social media.

This narrative has been spread in the wake of recent sexual assault allegations in Cologne and reports of Isis fighters raping and selling sex slaves. It’s mainly been promoted by Donald Trump supporting anti-Muslim bigots, far-right extremists and people who’ll easily believe anything bad about Muslims.

Those sharing the video usually make unfounded claims that the ‘North African/Arab’ men accused of the Cologne assaults were motivated by a ‘Muslim background’. The video has been used as proof of a culturally ingrained mindset that all Muslims apparently possess, as well as claims that the Quran supposedly endorses raping women, in particular female slaves.

It’s worth noting the video has also been shared by Muslims who have strongly refuted and ostracised the scholar, reacting with disgust over this extreme view.

And they are right: rape and sexual violence is not permitted in Islamic texts. It is of course something that causes harm to other humans, which is not Halal (permissible) and, in early Muslim communities, rape was a crime punishable by death.