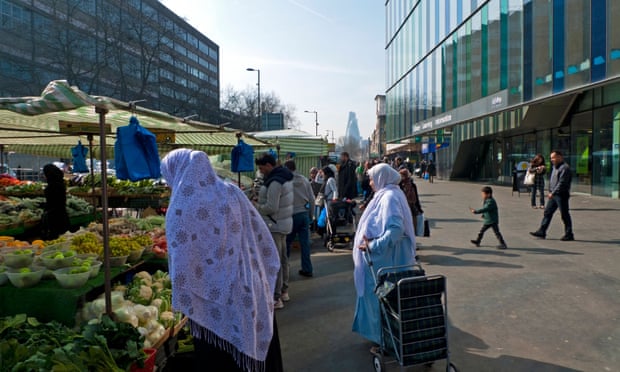 As the elected president of the women’s auxiliary of the Ahmadiyya Muslim Community UK, I wish to express my concerns about the prime minister’s comments on Muslim women in British society (Report, 19 Janaury). Throughout history Britain has been known as a front-runner in justice, therefore Mr Cameron’s proposed policy, which could result in deporting Muslim women due to their lack of English language and thus separating mothers from their children, is a distressing thought for any mother, Muslim or not. I liaise with over 11,000 Muslim women from all backgrounds. English is not the mother tongue for many; however, they endeavour to learn English to support their families and be part of society. They play an active role in supporting their communities in times of need by organising activities including coffee mornings and fundraising hikes for charities such as Refuge and Cancer Research; celebrating and commemorating with the country on occasions such as the Queen’s jubilee and Remembrance Sunday. We always attempt to bring awareness and play a positive role in our communities, inviting politicians, neighbours and humanitarians to events for open discussion. In November we organised a peace conference which 300 women attended.

Loyalty and respect to one’s country is an Islamic instruction and the head of the worldwide Ahmadiyya Muslim community, Hazrat Mirza Masroor Ahmad, a great ambassador of peace and justice, has instructed his community that gatherings must be held in the language of the country. Ahmadi Muslim women, under the wisdom and guidance of the Caliphate, have regular meetings conducted mostly in English with an increasing number enrolling in Esol classes. Ahmadi Muslim women are an asset to Britain and policies such as banning all forms of gender segregation in public places and the hijab will prevent them practicing their faith; this is wrong. Without the freedom to practice their faith, the country will be deprived of doctors, teachers, paramedics and researchers etc. Educated women who seek to contribute to society but who also willingly wish to abide by the conditions of their faith will be stifled by the government. Not only will this hurt and frustrate the women, but it will also hurt the nation.

I come from a proud British family; my father fought for this country at Dunkirk and the Burma front. My mother was an immigrant and housewife who raised five Muslim children who are loyal to their country. I wish and pray that the government reconsiders these proposed policies which are targeted at only Muslim women immigrants. All immigrants must learn English as it is a crucial requirement to enable families, people and society to integrate and respect one another.
Nasira Rehman
President, Woman’s Auxiliary, Ahmadiyya Muslim Community UK, London