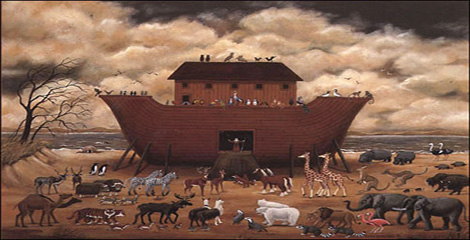 Are science and religion at odds with each other?

Cary Funk and Becka A Alper nicely summarized a recent Pew Research Center survey in USA, “A majority of the public says science and religion often conflict, with nearly six-in-ten adults (59%) expressing this view in newly released findings from a Pew Research Center survey. The share of the public saying science and religion are often in conflict is up modestly from 55% in 2009, when Pew Research conducted a similar survey on religion and science.

People’s sense that there generally is a conflict between religion and science seems to have less to do with their own religious beliefs than it does with their perceptions of other people’s beliefs. Less than one-third of Americans polled in the new survey (30%) say their personal religious beliefs conflict with science, while fully two-thirds (68%) say there is no conflict between their own beliefs and science.”

It seems that human rationalization is at play in resolving possible conflict between religion and science and as is true for all things in life, we tend to give more credit to ourselves than others.

Given the above description of human reality, it is easy to appreciate that most Muslims do not see any conflict between science and the Quran, but, see that many parts of the Bible are at odds with science. As a Muslim writer I have often written about this, for example my article: The Root Cause of Science and Religion Conflict: Wrong Theology, published in prior volumes of the Muslim Sunrise.

Today I want to talk about age of Noah both in the holy Bible and the holy Quran.

Chapter 6 through 9 of Genesis talk about Noah and flood in his time. The Bible describes a flood that engulfed the whole of the earth and caused extinction of mammoth proportions, for which geologists and biologists have not found any evidence.