Dr. Salam’s Vision for Popularization of Science & its benefit for society 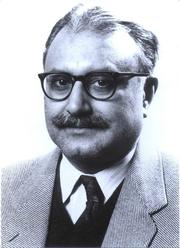 Nobel Laureate Dr. Abdus Salam (1926-1996) was a staunch advocate of science education. He wanted young people to study science subjects so they could bring material benefits to their respective societies. He vehemently opposed the idea of importing technologies.

Scientific knowledge allows us to develop new technologies, solve practical problems, and make informed decisions. Science is a way of building knowledge about the universe — constructing new ideas that illuminate the world around us. Although those ideas are inherently tentative, but as they cycle through the process of science repeatedly, they are tested and retested in different ways. Through this process, ideas are modified, expanded, and combined into more powerful theories.

For Example, in the 1600s, building on the ideas of his predecessors, Muslims and Non-Muslims, Isaac Newton constructed a theory (called Newtonian mechanics) that, with a simple set of mathematical equations, could explain the movement of objects both in space and on Earth. This single explanation helped us understand both how a thrown ball travels and how the planets orbit the sun.

For Dr. Salam teaching of science had several kinds of educational values. “As he had himself experienced, science arouses the element of wonder in our natures, stimulates curiosity, quickens and cultivates directly the faculty of observation, teaches the learner to reason from his own observed facts, disciplines the powers of mind and awakens the thinking powers, encourages an attitude of criticism and strengthens the power of rapid and accurate generalization. “(Dr. Abdul Ghani, Abdus Salam, a Nobel Laureate, page 792, 1982 Karachi)

In so far as Dr. Salam’s motherland is concerned he took several initiatives for the popularization of science in Pakistan. In the 1960’s he assisted in the training and higher education of close to 500 scientists, engineers and technologist in Europe and USA. Many foremost Pakistani scientists got admission in the US universities mainly because of his personal connections and in many cases he paid for student’s expenses from his own pocket. In October 1961, Salam traveled to the United States and signed a space-cooperation agreement with United States. In November 1961, NASA built a space facility — Flight Test Range — in Balochistan where Salam served as its first technical director. He set up SUPARCO for atmospheric research in Pakistan, he was present at the launch site in Karachi along with Dr. Usmani when Pakistan’s first rocket Rahbar I was launched. Prof Salam was scientific advisor to various Presidents from 1961- 74. In this capacity he devised science policy which laid the groundwork for later critical scientific enterprise in the country. He was also instrumental in the creation and development of the Pakistan Institute of Science and Technology (PINSTECH) in Islamabad. He was a member National Science Council, which published his comprehensive report in 1970. He was Advisor to the Education commission and member scientific commission of Pakistan in 1959 which prepared framework for science education. Prof. Salam proposed the establishment of an independent federal Ministry of Science and Technology.  He started the International Nathiagali Summer College which has been taking place since then. As member of PAEC Salam moved PAEC Headquarters to a bigger building, and established research laboratories all over the country. Salam was a central figure in Pakistan’s nuclear weapons program.

In his speech The Future of Science in Islamic Countries in Kuwait in January 1987, he recommended: “The absolute number of our scientists must increase. The religious seminaries must contain established parts of modern sciences – like Newton’s laws, astrophysics of stars and galaxies, fundamental forces of nature, their unification, the genetic code and structure of the Earth. We must spend at least 1% of GNP on research and development in science and technology. We must create Foundations for science. Auqaf funds (1/8th) should be devoted to science. We must build up research in our universities and institutes linked to the universities”. (Ideals and Realities, pp 219 & 220)

For the popularization of science on the international level, he set up the International Centre for Theoretical Physics in 1964 in the Italian city of Trieste. It offers training and research opportunities at ICTP’s headquarters in Trieste, offers a number of educational opportunities, many of which lead to a graduate degree, offers master’s-level and PhD level study programmes in joint arrangements with Italian universities, ICTP’s Salam Distinguished Lecture Series is an annual presentation of talks by renowned, active scientists. Approximately 2000 scientists and researchers visit this Centre every year. In 2013 there were 5977 visitors.

from 130 nations. On average every visitor stayed here 11 days to participate in conferences. There were 105 postdocs students enrolled pre-PhD educational programs, there were 340 scientists engaged in career development programs. From Pakistan 85 scientists visited the Centre in 2013.

He set up Third World Academy of Sciences (renamed in 2012 The World Academy of Sciences) whose motto is Promoting scientific excellence for sustainable development in the South. TWAS is an autonomous international organization, founded in Trieste, Italy in 1983 by a distinguished group of scientists from the South under the leadership of the late Nobel laureate Abdus Salam. It was officially launched in 1985 by the then-secretary general of the United Nations, Javier Perez de Cuellar. The Academy’s more than 600 Fellows and Associate Fellows are selected from among the world’s distinguished scientists. It is a merit-based science academy uniting 1,000 scientists in some 70 countries. Salam Medal is given annually by Third World Academy of Sciences.

Dr. Salam set up the Third World Organization for Women in Science (TWOWS) which is an independent, non-profit, non-governmental body based at the headquarters of the TWAS in Trieste, Italy. TWOWS is the first international forum to unite eminent women scientists from the South with the objective of enlarging their role in the development process and promoting their representation in scientific and technological leadership. Its objectives are: to promote the role of women in the development of science and technology in the third world countries; to enhance opportunities of better education and participation of women in scientific activities in the third world; to increase participation of women scientists in the decision-making processes at national and international levels; and to enhance scientific productivity and efficiency of women scientists in the third world. TWOWS has over 1662 individual and 25 institutional full members from 83 developing countries. At present, 207 individuals and 27 institutions from 38 countries in the South and 21 countries in the North are associate members.

As a Man of Science, he served on a number of United Nations committees concerned with the advancement of science and technology in developing countries. He was actively involved in setting up of United Nations University in Japan in 1973.

In his writings and speeches, Dr. Salam always talked about the popularization of science. For instance he said: “Science and technology development gains momentum when a suitable environment for its popularization is created. The creation and promotion of such an environment is a pre-requisite for science and technology development”. (Renaissance of Sciences in Islamic Countries, page 265)

He was instrumental in shipping tons of laboratory equipment to many Asian and African countries which otherwise have been thrown away by Western universities. He made arrangements to have science books and journals shipped to educational institutions in poorer countries, or such organizations who could not afford to buy expensive books.

When Dr. Salam passed away in 1996 in Oxford, in an obituary published in The Times of London, Dr. Tom Kibble wrote “The death of Abdus Salam leaves the world of theoretical physics without one of its most distinguished and respected members. In addition to his brilliant intellectual gifts, Salam was a man of remarkable vision and outstanding energy who played a major role in developing science throughout the world”

Prof. Salam strongly believed that poverty can be eradicated through the promotion and development of science. Science can be used to bring prosperity to a society. In his article Technology and Pakistan’s attack on Poverty, he observed: “The realisation that hunger, ceaseless toil, and early death can be eliminated for whole societies, not just for parts of societies in something new. The last 100 years have seen nation after nation, start with something like our conditions and crash through the poverty barriers. The laws governing this type of transformation are now well understood. Firstly a society must acquire the requisite technological skills; second it must re-invest more than 5% of its national income in productive enterprise”. (Ideals & Realities, 1987, page 66)

Canadian professor Dr. John Polanyi who won a Nobel Prize in chemistry in 1986 says: “we value science for its tangible gifts. We rejoice in it and fear it for the power it has given us. Yet, nothing about science is more significant than the manner in which it is done. The enterprise is civilized, its purpose being the pursuit of truth- something all can share. You can see its civilizing effects in the fact that it supersedes nationality and ethnicity. You can see it even more in the fact that it requires that we tolerate and embrace dissent”. (John Polanyi, The Toronto Star, page A13, January 5, 2015).

German Chancellor Angela Merkel, a physicist with a Ph. D and married to a professor who is a quantum chemist, admits that her thinking was shaped by science.

Science engenders qualities like thoroughness, patience, pride in one’s work and above all, tolerance and respect for opinions other than one’s own.

New scientific knowledge leads to new applications. For example the discovery of structure of DNA was a fundamental breakthrough in biology.

New advances in technology lead to new and astonishing scientific discoveries. For example, developing DNA copying and sequencing technologies has led to important breakthroughs in many areas of biology, especially in the reconstruction of the evolutionary relationships among organisms.

New applications motivate scientific investigations. For example, the possibility of engineering microorganisms to cheaply produce drugs for diseases like malaria motivates many researchers in the field to continue their studies of microbe genetics.

With new technology, medical research is being done every day to help find cures or vaccines for devastating diseases such as Cancer, AIDS, Alzheimer’s, Autism, Multiple Sclerosis, and Leukemia.

Science and technology will only continue to benefit society because there will always be new diseases arising over time that will need better or new cures for. Computers have many uses; writing reports, researching, accounting, numerous web pages, email, and entertainment reasons. Computers have been used in space exploration, sending rockets, probes, shuttles, space ships and data gathering devices to outer-space. Artificial limbs like legs, arms, hands, eyes (prostheses) have been made through the use of computer technology. 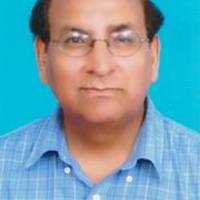