Allah likes not the uttering of unseemly speech in public, except on the part of one who is being wronged. Indeed, Allah is All-Hearing, All-Knowing. (Al Quran 4:149) 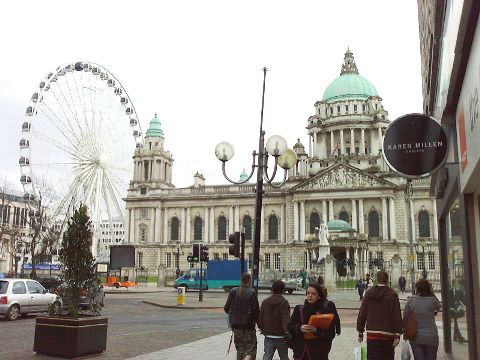 Source: The Guardian: by Henry McDonald

A Muslim nurse who has worked in the local NHS for more than a decade told protestors gathered outside Belfast city hall that a private apology and meeting with representatives of the Islamic Centre in the city was not enough. 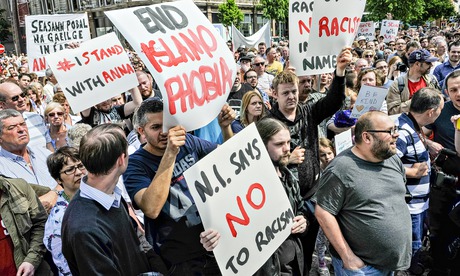 Thousands marched at an anti-racism rally held in Belfast, where Peter Robinson was called on to apologise publicly to Muslims over his comments. Photograph: Stephen Barnes/baDemotix/Corbis

The first minister provoked a major political storm earlier this week when he first backed a born again preacher who denounced Islam as evil and the “spawn of the devil.” Robinson then caused further controversy after stating in an interview that he would not trust Muslims who adhered to Sharia law although he would “trust them to go to the shop” for him.

The Democratic Unionist party leader later issued an apology during a private meeting in Stormont with members from the Islamic Centre based in the university area of South Belfast on Thursday.

But Mohammed Samaana, who has worked at the Ulster Hospital as a nurse for more than 10 years, told Saturday’s rally that the first minister’s apology should not have been made behind closed doors.

“I heard the insult, but I haven’t heard the apology. I heard that he apologised before three men behind closed doors – that’s not an apology,” Samaana said to the cheers of several thousand people at the rally outside city hall, which was called in solidarity with Muslims and other minorities in Northern Ireland.

The nurse told the crowd he had been the victim of racist attacks and abuse while living and working in Northern Ireland.

He also challenged Robinson to condemn remarks by Pastor James McConnell, the founder of the Metropolitan Tabernacle church on the shores of Belfast Lough. Pastor McConnell also described the Muslim religion as “satanic” in a sermon in his church in north Belfast three weeks ago. The evangelical preacher has since refused to take back his remarks about Islam in interview with local media.

Samaana called on Pastor McConnell to condemn the recent spike in racist attacks mainly in loyalist districts of greater Belfast against Muslims and other ethnic minorities.

Among those attending the Stand Up and Rally Against Racism protest in Belfast was Anna Lo, the only Chinese-born parliamentarian in the UK.

In an interview with the Guardian earlier this week, Lo revealed that she was quitting politics and would not stand again for re-election to the Northern Ireland Assembly.

Lo said she had become disillusioned with local politics due to enduring sectarianism and now rising racism in the province. 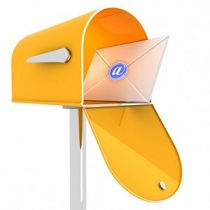