By Imrana Aziz and Munawara Bajwa
A Qur’an Exhibition was held in Schomberg public library on 17th of May 2014 by a group of Ahmadi Muslim women in Ontario.
Guests made themselves fully engaged during their visit, asking questions about women’s rights in Islam, veiling, why segregation, concept of Jihad, how Islam could save mankind and Islamic belief about Jesus. Description of science in Qur’an particularly the embryological stages of fetus were discussed with great interest. Also as to why Islam forbids pork. 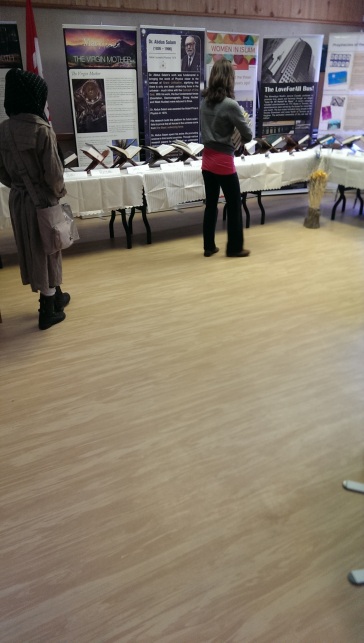