Is China Spying On Russia Via Bugged Clothing Irons?

There’s a new problem with some imported irons, according to Russian state media. As reported on the state-owned Rossiya television channel, some clothing irons from China have had microphones and wifi connections installed. It appears the devices attempt to connect to unsecured wireless networks within 650 feet, and from there spread viruses to any computers on the same network. The irons were detected by a weight difference of a few grams.

Of course, it’s unclear how much of this is worth taking at face value. The irons are imported, the news station is state-owned, and the whole story has a tinge of protectionism to it. Besides: individuals adding small virus-spreading devices to mass-produced consumer items? That’s a really weird and inefficient way to steal information. There’s a chance that such an iron could end up in an executive’s office, but it’s probably just easier to bribe someone and have them physically place the bug than it is to hope the targeted person buys a compromised iron.

On the off-chance that the bugged irons did find their way into any sensitive places, it seems they can be thwarted by simply adding password protection to the wireless network. 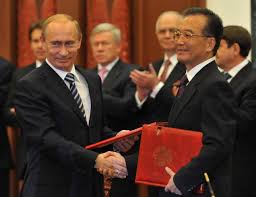