A state of emergency has been declared in Massachusetts, Rhode Island, New York and Maine with citizens being warned to stay indoors.

A potentially record-breaking snow storm has brought the US northeast to a grinding halt and left one dead. Thousands lost power amid flight cancelations and a nuclear plant shutdown, as authorities declared an emergency situation in five states.

The blizzard, which has been dubbed ‘Nemo’, struck the west coast on Friday, dumping over 16 inches (40 cm) of snow in some areas. The storm clobbered New York during the night, leading to mass flight cancelations and the closure of roads, while across the northeast over 500,000 homes were left without power. 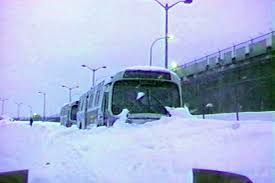