We Could Use God’s Help. Where Is He?

What feels like a muddle could actually be a path. Unbelief can lead to faith and faith to true knowledge. This holds true for many other things in life, only we don’t use religious terms for it. When you learn to ride a bike, or roller-skate, or how to be in love, uncertainty dominates at first, then you begin to believe that you’re getting somewhere, and finally you know that you are there.

It’s ironic that the band of militant atheists who have attracted so much public attention, like Richard Dawkins, bases its unbelief on evolution. In reality they don’t believe that spirituality can evolve. They are stuck on one note — religion is a primitive throwback — which makes no sense on any level. The history of civilization is paralleled by the evolution of religious thought. Thomas Aquinas and the Buddha weren’t exactly sitting around a fire chipping at arrow heads, but militant atheists make their unbelief look like “progress.”

If there is a path to God, we are asking the big questions while in a muddled state; with clarity, these questions may have credible answers. Certainly a secular age isn’t going to back pedal and return to dogmatic faith. At the same time, spiritual experiences are natural and universal; they have always existed and still do, which means that God is available, if he exists. (For the moment I’ll use the conventional “he,” although the deity has no gender and shouldn’t been seen in the image of a human being). 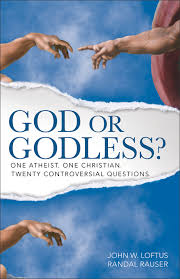 Tagged as: atheism, belief in god, faith in God, God songs, how to Pray, Militant Atheism, names of God, News for god, Prayers and Poetry, Religion and Science, Religion News