Killing throws spotlight on island’s struggle to reconcile issues of Islam, society and politics after end of dictator’s 30-year rule

Though the only terrorist attack on the islands so far was a bomb in 2007, Indian, US and British officials remain worried that the Maldives could become a base for violent militants. The attack on moderate cleric Afrasheem Ali as well as a second earlier violent assault on an outspoken blogger critical of religious groups, have raised fears that extremism might grow.

The murder last October in Malé, the capital of the Maldives, shocked many. Claim and counterclaim quickly circulated. The police hinted the killers of the cleric, from a party loyal to the former autocratic ruler of the island nation, had political links to the opposition. But according to Ibrahim, a gang leader in Malé, the murderers were from a gang of extremist Muslims angered by Ali’s moderate views. He was slain immediately after a live TV show in which he discussed his faith. 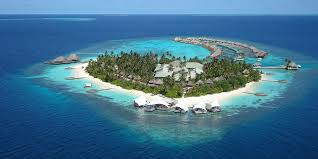