After a Long Search … I Found God

“I believe that there is only one God, and that only He is worthy of worship.  I believe it is He who created us.”

“I believe that there will be a Day of Judgment, where we will stand before Him, and answer to Him for our deeds and our misdeeds.”

“I believe He sent the Prophets, and the Holy Scriptures, and that He created the angels.”

I was brought up in Yorkshire, UK. I’m the eldest daughter of three.

When I was a girl of about 12, I discovered “religion”. I had a profound belief in God, but only really being exposed to “mainstream” Christianity, that’s all I really understood…

I sincerely wanted to follow God, so I began going to church. My father was furious that I had become religious, and beat me up for wanting to attend church. 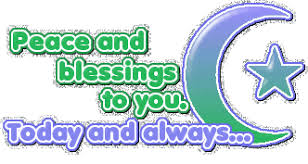