The death toll from Typhoon “Pablo” will likely hit 1,500, making it the second deadliest since the country began keeping records, Benito Ramos, head of the National Disaster Risk Reduction and Management Council (NDRRMC), said on Saturday.

Ramos said that so far, the council had counted 1,067 dead with more than 800 still missing nearly three weeks after the typhoon, internationally named “Bopha,” struck with winds up to 200 kilometers per hour, devastating communities and farmlands.

“It (the death toll) will go higher. But let us not assume the missing are already dead,” he told Agence France-Presse, estimating fatalities at “about 1,500” but adding that the search for the missing continued. 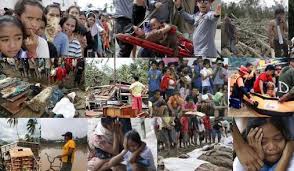