Autumn has arrived here in Washington. The air has grown crisp, and the leaves are starting to change color. The city is abuzz about the sudden success of the local baseball team, the latest machinations on Capitol Hill, and the fast-approaching presidential election.

Also causing much excitement is the arrival of the season’s new crop of television shows — and especially a political thriller called “Last Resort.” A key plotline of this series, which debuted last month, revolves around an American nuclear strike … on Pakistan. 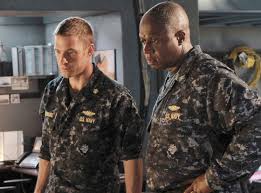