Islam as a Progressive Force

In the United States, freedom of expression is a fundamental right, guaranteed by the constitution. That’s great, of course, but when everyone’s free to speak their minds the quieter voices are sometimes drowned out by the radical shouters. Iraqi-American Zainab al-Suwaij gave moderate Muslims a voice in the polarised American debates that followed the 9/11 attacks. To many, she’s a hero of free speech. 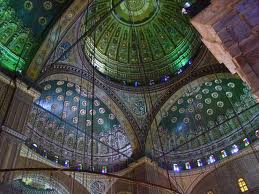 The terrorist attacks of 9/11 gave Islam a bad press in the United States, and American Muslims were put on the defensive. Unhappy about this polarisation, Zainab al-Suwaij and some others established the American Islamic Congress (AIC) with the aim of promoting religious dialogue and tolerance. “Why should religious differences divide us? We did not want to let that happen. We had to focus on what we had in common. The attacks of 9/11 were also an attack on us, American Muslims.”

No complaints
Al-Suwaij, the granddaughter of a well known ayatollah in southern Iraq, was one of the few women who took an active part in the 1991 Shi’ite revolt against Saddam Hussein. She fled to the United States after the uprising failed. From the moment of her arrival on American soil, al-Suwaij wanted to do something with her newly acquired freedom. “I found Muslims in the US always playing the victim card, complaining of discrimination and so on. I didn’t want to complain, I wanted to be pro-active.”

The impetus to take action came after 9/11. Al-Suwaij wanted to show that Islam can be a positive, constructive force, advocating gender equality and mutual understanding between religious communities. Today the AIC, with al-Suwaij as its director, trains hundreds of young members in non-violent activism and social media mobilisation. In ten years time, what began as an informal students’ club has grown grew into an international organisation with more than 100 employees and six offices in the United States, Egypt and Iraq.