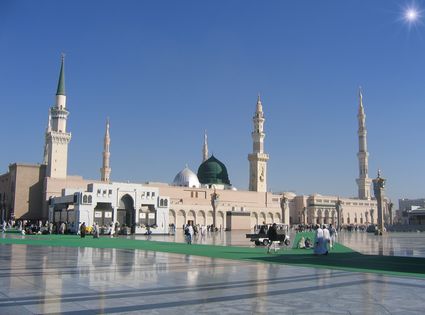 Mohammed reclaimed its place as the most popular name for baby boys born in England and Wales in 2011 – convincingly ahead of Harry, in second place, according to data released by the government this week.

The government declared that Harry was the most popular boy’s name, but if you add up the five most popular different spellings of Mohammed, that name comes top.

Mohammed is also the most popular boy’s name of the past five years for England and Wales, ahead of Oliver and Jack. It came first or second every year since 2007, the only name to do so.

And it could become even more popular in 2012, given the adulation around long-distance runner Mo Farah, who won two gold medals for Britain at the Olympics.

The popularity of the name comes as Britain’s Muslim population is expected to double in the next 20 years.

The country, which was about 2% Muslim in 1990, grew to 4.6% Muslim in 2010, with nearly 2.9 million followers of the faith, according to analysis by the Pew Forum on Religion & Public Life.

By 2030, the United Kingdom will be just over 8% Muslim, with more than 5.5 million adherents, the Washington-based think tank projected in a 2011 report, “The Future of the Global Muslim Population.” Read further in CNN.