US looks forward to working with Sherry Rehman, strengthen ties 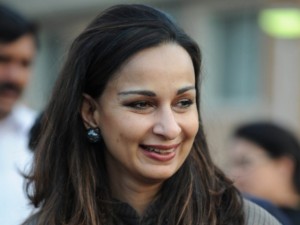 WASHINGTON: The United States on Wednesday acknowledged the impending change of guard at the Pakistani embassy in Washington as they praised deposed Ambassador Husain Haqqani for his services, and announced their anticipation of working with Pakistan’s new Ambassador Sherry Rehman to continue strengthening bilateral ties between the two countries.

Spokesman Mark Toner said the State Department had not yet received formal notification from Pakistan about Haqqani’s resignation and his replacement, but acknowledged Islamabad’s appointment of democracy advocate Sherry Rehman as the new envoy.

“We certainly look forward to working together with her as we continue to build a strong, cooperative relationship between our two countries,” Toner said.